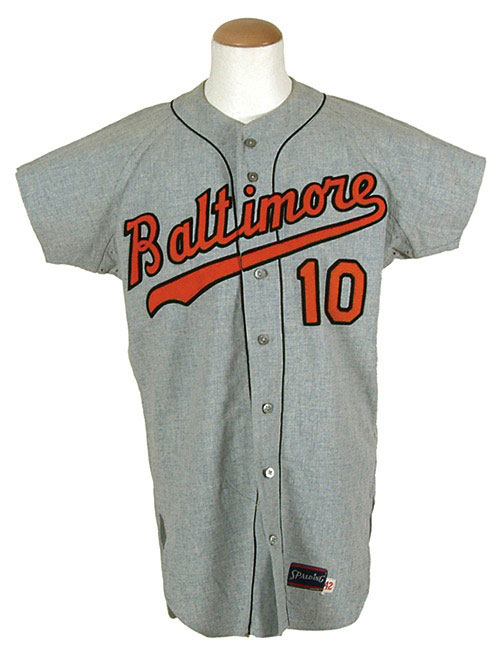 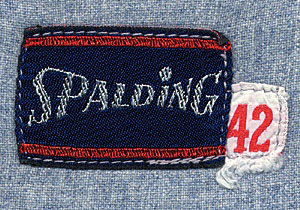 This Ellie Hendricks Baltimore Orioles road flannel jersey was game-used by Hendricks during his rookie season in 1968. In the neck of the jersey is a grey felt patch with "42-Set 2-68-10" in black chain stitch. The numbers denote the size, set number, year and player number, respectively. On the left front tail is the "Spalding" label with the size "42." Across the front is "Baltimore" in orange on black lettering, with the player number "10" on the left breast and on the reverse. "Hendricks" appears in individual letters on the reverse above the player number. Ellie Hendricks has long been a part of the Orioles organization. He was Mike Cuellar's favorite catcher and has made a second career as a bullpen coach, putting his years of wisdom to work for younger players. The jersey shows light game use. SCD Authentic Grade: A10. LOA from Dave Bushing & Dan Knoll/SCD Authentic. Reserve $300. Estimate $500/$1,000. SOLD FOR $1,856.00