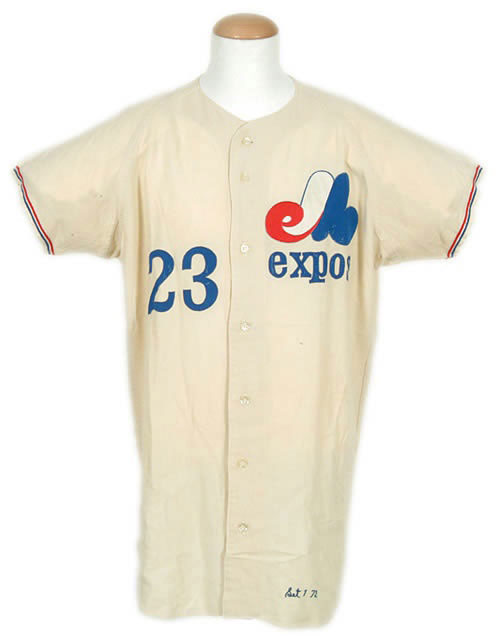 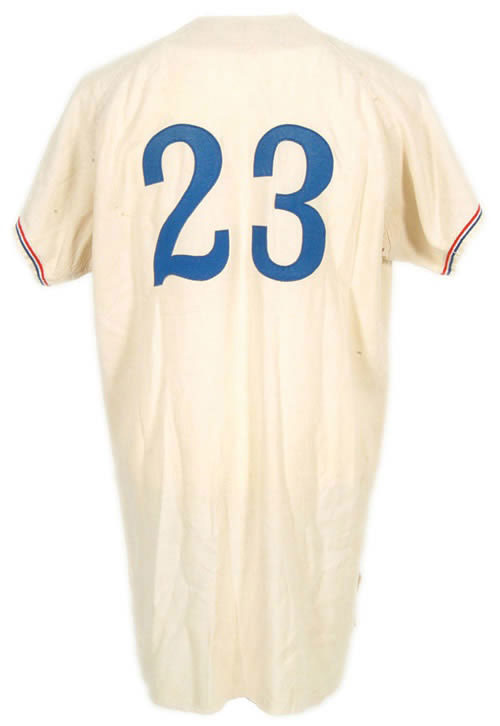 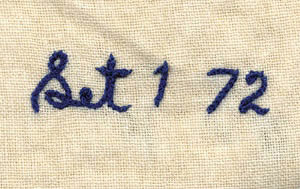 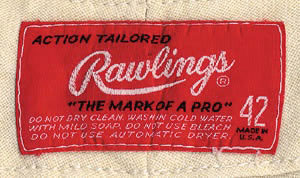 Early Montreal Expos flannel jersey dating from the 1972 season. The white flannel jersey is lettered "Expos" on the left breast, above which is displayed the team's distinctive tricolor logo. The number "23" appears on the right breast and reverse. All letters and numbers are appliquÃ©d in blue tackle twill. A "Rawlings 42" label is located in the collar. Both the set number and year ("Set 1 72") are chain-stitched in blue along the left front tail. Original and unaltered, the jersey displays moderate-to-heavy wear throughout. The Montreal Expos, who are now known as the Washington Nationals, began play in 1969 and were the first Major League franchise located outside of the United States. Both pitcher Denny Lemaster and infielder Hal Breeden wore number "23" during parts of 1972. Because they were nearly identical in height and weight, it is impossible to determine with certainty which player used this jersey (and it is even possible that it was worn by both at different times). In either case, the offered garment represents a particularly scarce and desirable "style" jersey as the Expos permanently switched from flannel to double-knit uniforms following the 1972 season, as did every Major League team. Graded A7 by MEARS (perfect grade of 10, with 3 points deducted solely due to the possibility of the jersey having been worn by more than one player). LOA from Dave Bushing & Troy Kinunen/MEARS. Reserve $200. Estimate $400/$600. SOLD FOR $812.00