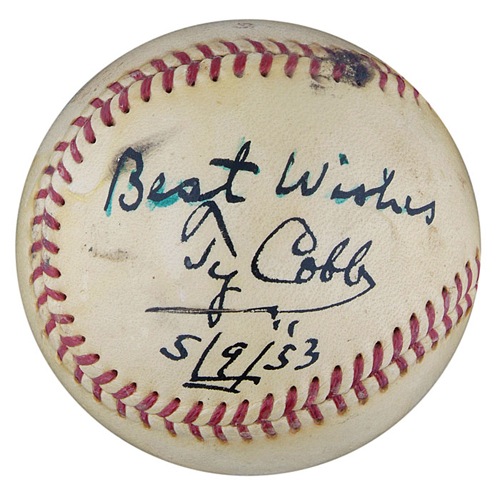 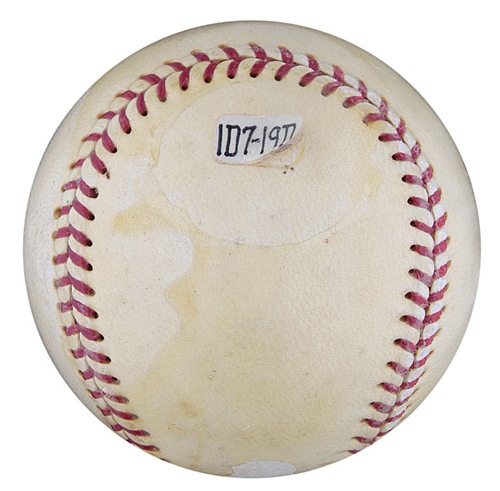 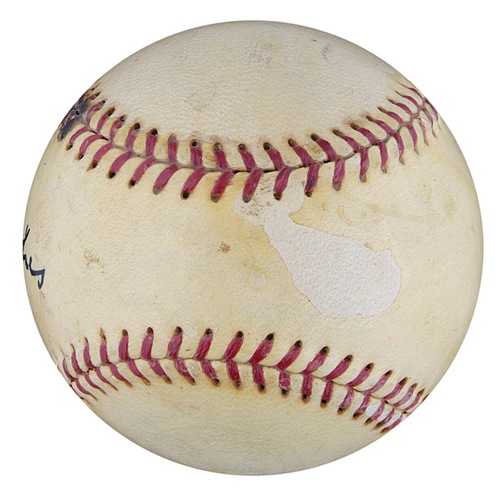 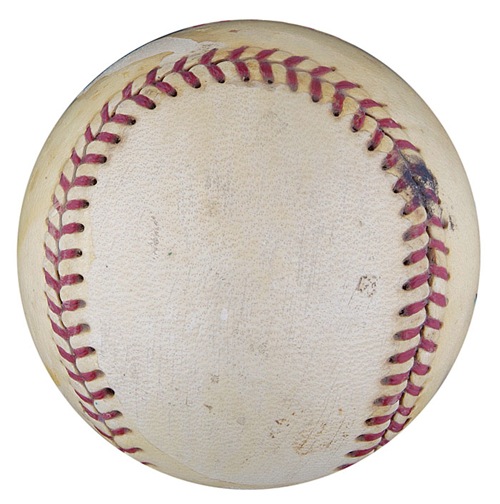 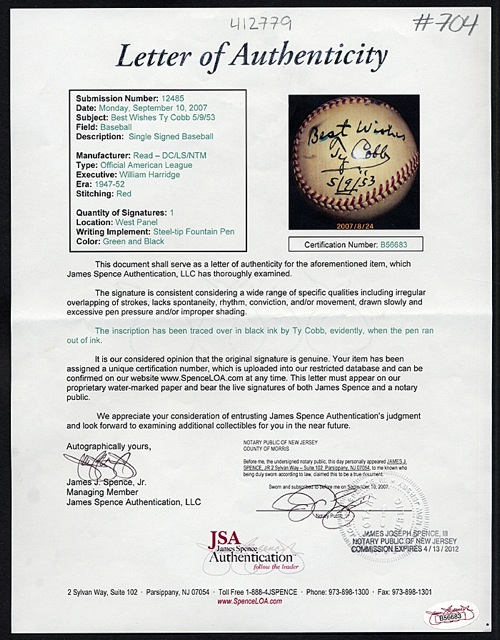 With respect to both the strength and execution of the signature, this is without question by far the finest Ty Cobb ball we have ever handled or even seen. Cobb has flawlessly signed and dated this official American League (Harridge) ball in black fountain pen on a side panel, with the inscription reading "Best Wishes - Ty Cobb - 5/9/53." Each pen stroke has been flawlessly scripted and the signature grades a perfect "10." We have seen very few ball signatures, even those dating from recent times, that can compare in brilliance to this magnificent example. This signature looks exactly as it did just moments after Cobb signed it in 1953! One of the most noteworthy, and we think telling, aspects of this Cobb inscription, and one that adds a fascinating dimension of interest (and, ironically, an extra layer of comfort to authenticity), is the fact that Cobb obviously intended to sign this ball in his customary green ink. After struggling to pen the words "Best Wishes" in green ink, Cobb stopped and switched over to a black fountain pen. In doing so, he neatly traced over the original green-ink salutation so that the entire inscription was of a uniform ink shade. However, he was not perfect in his execution and traces of the underlying green pen strokes are still partially visible below and around the salutation. It is likely that the very reason the inscription and signature are so unusually bold is precisely because of that original problem. Cobb was not only given a fountain pen to replace the malfunctioning writing instrument, but he probably began applying extra pressure to cover the green-ink salutation and continued his heavy-handed approach throughout the entire inscription. This is a simply extraordinary Cobb signature on a baseball and it would be almost impossible to imagine a better one. The ball has been coated with a layer of protective shellac, a chip to which appears on the sweet spot, and the manufacturer's stampings are very faint. There is a small area of discoloration on the laces above the signature panel, and a tiny dark blemish that touches upon the "B" in "Best." In Very Good to Excellent condition overall. LOA from James Spence/JSA. Reserve $2,500. Estimate $5,000+. SOLD FOR $7,638