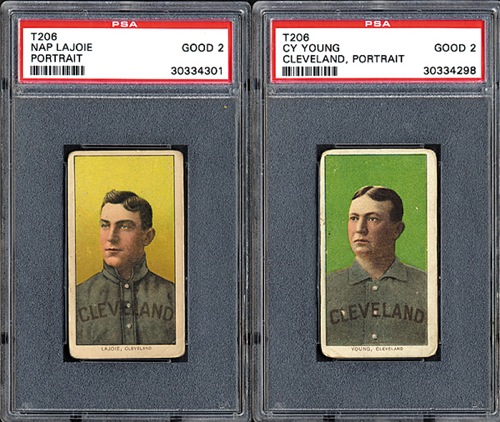 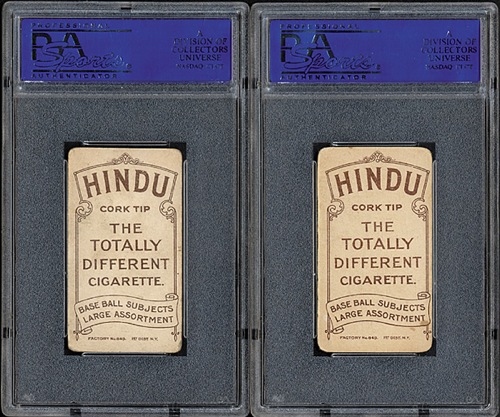 Pair of key Hall of Famer portraits from the T206 White Border series, each featuring the scarce brown "Hindu" tobacco advertisement on the reverse: Nap Lajoie and Cy Young. Both cards are graded and encapsulated GOOD 2 by PSA. This is a beautiful pair of medium-grade Hall of Famers, each one of the great classics of vintage cards, from the premier tobacco card issue of the 1910 era. These two examples each exhibit strong colors (especially Cy Young) and no major creases (each has a very minor crease) but have heavily rounded corners. The Brown Hindu advertisement on the backs is flawless and bold. Each of these two cards is a very attractive example for its modest PSA-assigned grade. This is a very attractive pair of two of the key Hall of Famers from this highly prized set, both with the scarce brown "Hindu" tobacco advertisement on the reverse. Total 2 cards. Reserve $500. Estimate $1,000+. SOLD FOR $3,819