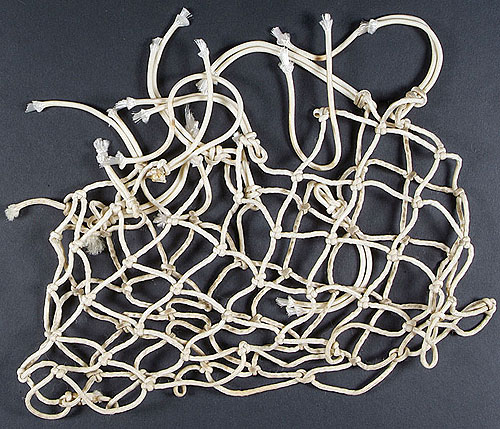 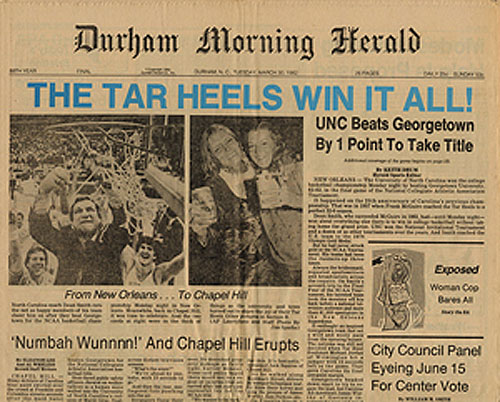 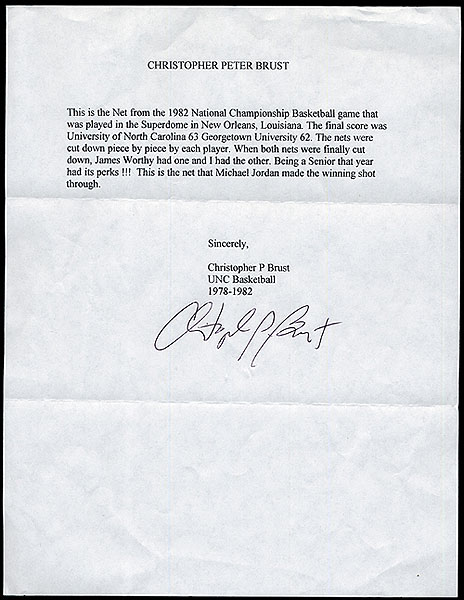 Although Michael Jordan enjoyed three stellar seasons at the University of North Carolina, the defining moment of his college career came as a freshman in the finals of the 1982 NCAA Men's Basketball tournament. Down by one point with under thirty seconds left in the championship game against Georgetown, coach Dean Smith chose to put the ball, and the game, in Jordan's hands and he calmly delivered, nailing a short jumper with seventeen seconds left to give North Carolina a one-point lead that they did not relinquish. Of all the significant game-winning shots Jordan has made in the course of his legendary career, that first one with North Carolina is perhaps the most memorable as it not only gave North Carolina its first National Championship in twenty-five years, but also made Jordan an instant sports celebrity. Presented here is the very net from Jordan's game-winning shot in the 1982 NCAA Men's Basketball Championship game. Our consignor obtained this net directly from Christopher Brust, a senior forward/center and teammate of Michael Jordan on the 1982 North Carolina men's basketball team. As one of two seniors on the club that year, Brust was entitled to receive one of the nets cut down after the game. He was given the one that Jordan's winning shot went through. Accompanying the net is a one-page typed-signed LOA from Brust in which he details its history. In full: "This is the Net from the 1982 National Championship Basketball game that was played in the Superdome in New Orleans, Louisiana. The final score was University of North Carolina 63 Georgetown University 62. The nets were cut down piece by piece by each player. When both nets were finally cut down, James Worthy had one and I had the other. Being a Senior that year had its perks!!! This is the net that Michael Jordan made the winning shot through." Ideally, the net is accompanied by an original copy of the March 30, 1982 issue of the Durham Morning Herald that fully supports the net's provenance and is perfect for display alongside it. Pictured on the front page of the newspaper is a photo of Dean Smith as he cuts down one of the nets. What is important to note in the photo is the background image of Christopher Brust standing behind Smith wearing this very net around his neck! This is one of the most unique, and significant, pieces of game-used equipment relating to Michael Jordan's collegiate career in existence. It is also one of the most desirable North Carolina basketball pieces in existence in that it commemorates Dean Smith's first National Championship with the Tar Heels. Total 3 items (actual net from game-winning shot, letter from Christopher Brust, and original copy of the March 30, 1982, issue of the Durham Morning Herald ). From the Jimmy Rubino Collection. Reserve $1,000. Estimate (open). SOLD FOR $8,813