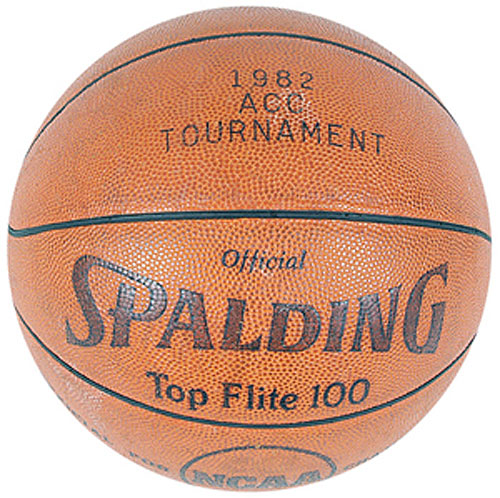 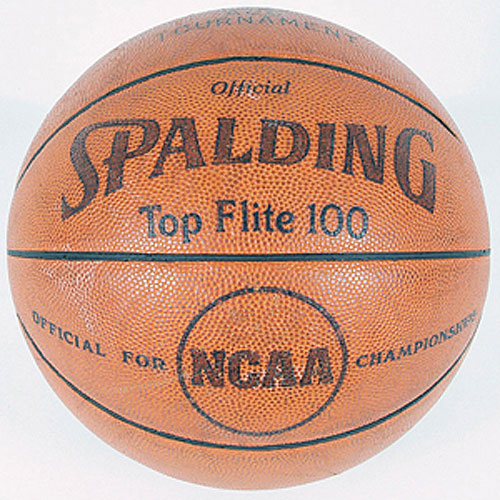 The University of North Carolina's 1982 NCAA championship run officially began with its winning the ACC Conference Tournament, which bestowed upon the club an automatic bid to the NCAA Men's Basketball Tournament. Offered here is the actual game ball used during North Carolina's 47-45 victory over Virginia in the 1982 ACC Conference Finals. When the game time ran out, securing for Michael Jordan and his teammates this all-important victory, this historic ball was removed from the court by Christopher Brust, a senior forward/center for North Carolina. Brust has detailed the history of the ball, and how he obtained it, in an accompanying one-page signed letter. In full: "This basketball was used in the 1982 Atlantic Coast Conference Championship game against the University of Virginia. It was a typical University of North Carolina vs UVA game. Virginia was a very deliberate team, trying to slow the game down to there [sic] speed. We were fortunate to have Michael Jordan, James Worthy, Sam Perkins, Jimmy Black, and Matt Dorhety [sic] as our starting five. In the end, Jimmy Black knocked the ball off of Jeff Jones' leg out of bounds giving us the ball back with time running out. The final score was UNC 47-45 in favor of The University of North Carolina. I ran and got this basketball before the officials could, tucked it under my arm and ran off the floor with it. I hope you enjoy that memory as much as I did back then." The University of North Carolina eventually won the NCAA Men's Basketball Tournament by virtue of Michael Jordan's game-winning jumper against Georgetown in the closing minutes of the final, thereby giving legendary coach Dean Smith his first NCAA Championship after eight trips to the Final Four. The official Spalding "Top Flite 100" basketball is specially stamped "1982 ACC Tournament" on one panel, and "Official for NCAA Championships" on another. Heavy wear is displayed throughout and the ball is slightly deflated. From the Jimmy Rubino Collection. Reserve $300. Estimate (open). SOLD FOR $1,998