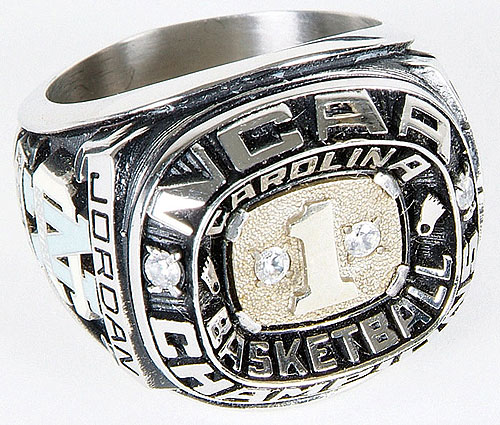 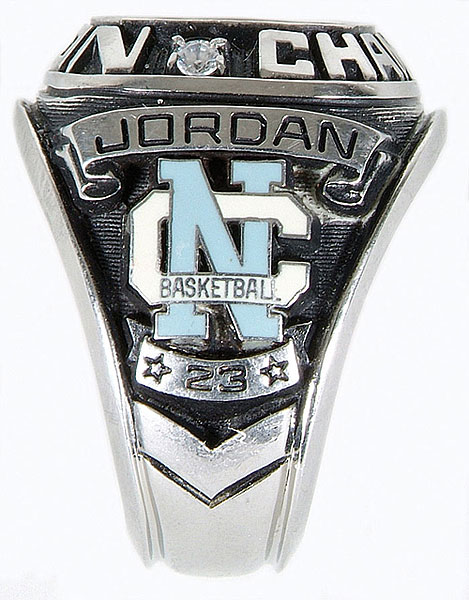 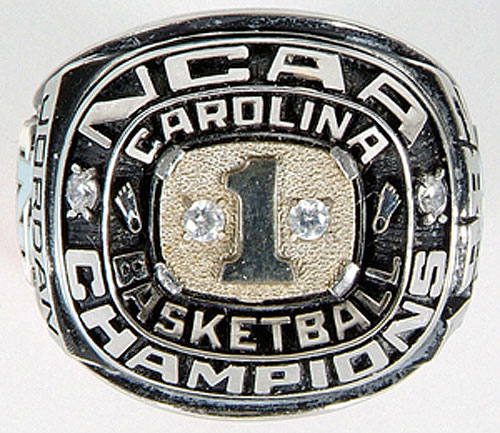 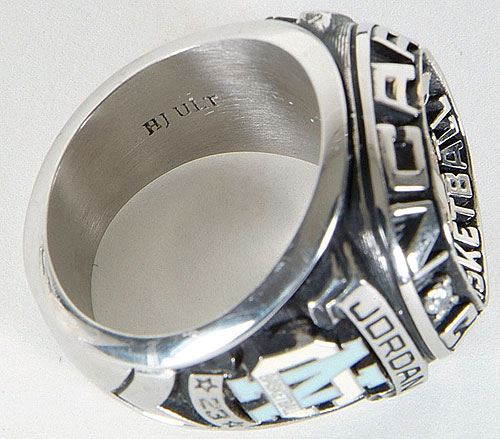 This 1982 Michael Jordan North Carolina NCAA Men's Basketball Championship ring, produced by the Herff Jones Company of Indiana, Inc., for use by its sale personnel, is virtually identical to the rings presented to North Carolina players, coaches, and administrators in 1982. The silver-colored ring features a concave design on the top, in the center of which is the numeral "1" with a CZ stone on either side. The interior side of the concave bevel reads "Carolina Basketball." The exterior side features a CZ stone on either side, with the top and bottom portion reading, respectively, "NCAA" and "Champions." The right shank features the blue-and-white University of North Carolina insignia. The name "Jordan" and the number "23" (Jordan's uniform number) are engraved, respectively, above and below the insignia. The left shank features the representation of a blue basketball that is lettered "AP 1 UPI" (denoting the team's rank in both major polls). The year, "1982" appears above the ball, while the team's record, "32-2," is displayed beneath the ball. The manufacturer's stamping "HJ ULT" is engraved on the interior, as is the ring's production number, "R2800-SX." This is both a rare and highly desirable memento commemorating Michael Jordan's first and only NCAA Championship season during his three years at North Carolina. Near Mint condition. Size: approximately 11. Reserve $1,000. Estimate $2,500+. SOLD FOR $1,880