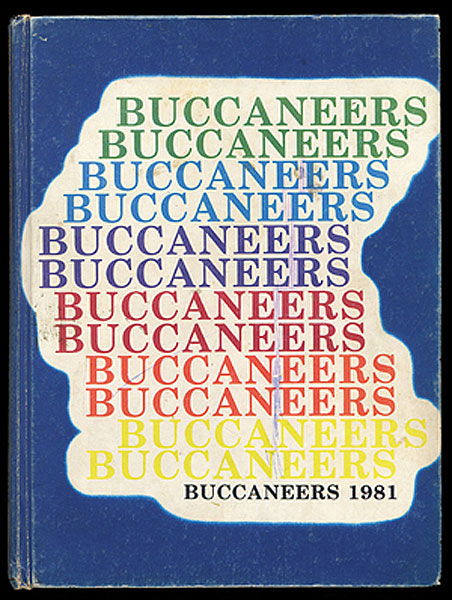 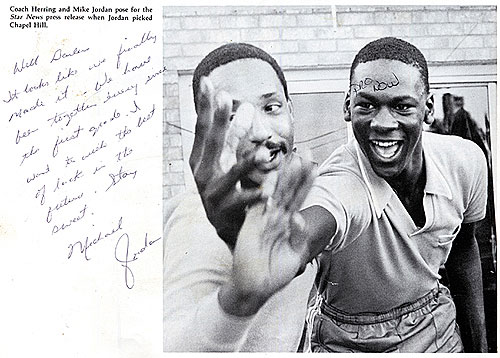 1981 Elmsley A. Laney High School yearbook dating from Michael Jordan's senior year, beautifully inscribed by Jordan to a fellow classmate in the long-standing tradition of graduating high school students. Celebrity high school yearbooks have become an extremely popular area of collecting in recent years, and this may be the most desirable example from the world of basketball. Jordan's black-ink inscription appears on page 202, just to the left of a photo of Jordan and his high school coach posing together. In full: "Well Darlene - It looks like we finally made it. We have been together every since the first grade. I want to wish you the best of luck in the future. Stay sweet. Michael Jordan." Both the text and Jordan's signature grade "10." Ideally, the page Jordan has signed, which is located in the varsity basketball section, features three separate photos of him. Additionally, Jordan also appears in a three-piece suit in the Seniors section, on page 200 executing a slam dunk, and again in the baseball team photo. High school yearbooks were generally limited in number (the distribution normally dictated by the size of the senior class) so they tend to be rare. This is just the second Michael Jordan senior yearbook we have ever handled. The hardbound yearbook, titled The Spinnaker Volume V , remains in Good condition overall. There is near total separation of the book from the spine and the first page is torn (approximately twenty-five percent paper loss). The covers are both worn, including ink marks on the front. Despite the various minor flaws (which are typical with yearbooks), this remains a fascinating, extremely early and significant personal signed keepsake from the greatest basketball player of all time. 9 x 12.25 inches. LOA from James Spence/JSA. Reserve $500. Estimate $1,000/$2,000. SOLD FOR $940