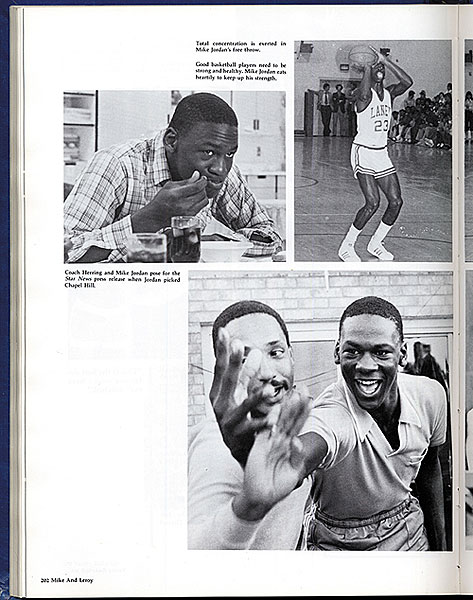 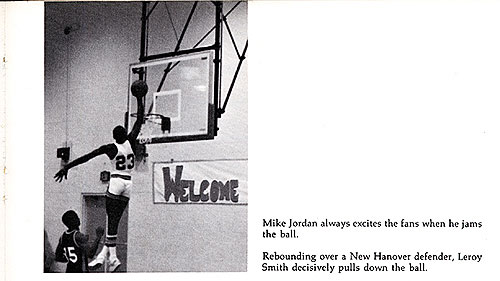 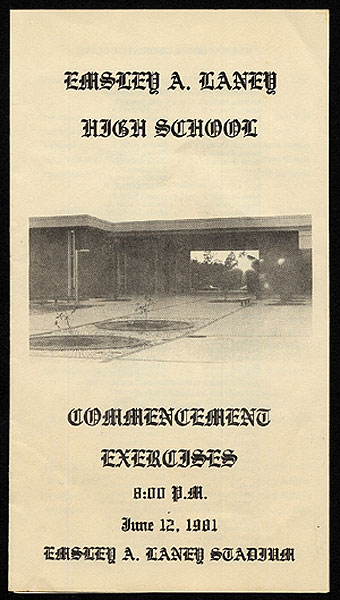 Collection of three Laney High School (Wilmington, North Carolina) Spinnaker yearbooks, dating from 1979, 1980, and 1981, respectively, that correspond to Michael Jordan's sophomore, junior, and senior years at the school. Ideally, Jordan's progress as a basketball player in high school is dutifully chronicled in the pages of these yearbooks, and he is pictured on the court (numerous times) in all three books. His 1979 sophomore yearbook captures him as a member of the Junior Varsity team, while the 1980 and 1981 yearbooks picture him as an emerging superstar with the Varsity. Of course, Jordan is also pictured as a member of his respective class in each yearbook. These books were all obtained from former students and, as such, feature numerous signings from classmates (however, please note that Jordan's signature is not included in any of them). Celebrity high school yearbooks have become an extremely popular area of collecting in recent years. This collection represents a complete set of Jordan high school yearbooks and we cannot remember having ever seen the trio offered together at public auction previously. Also included with the yearbooks is an exceedingly rare 1981 Laney High School Commencement Exercises trifold program featuring Jordan's name among the list of graduating seniors. All three yearbooks (9 x 12.25 inches) display light-to-moderate wear and are in Excellent condition overall. The commencement program (4.5 x 8.5 inches, folded) is in Excellent to Mint condition. Total 4 items (3 yearbooks and 1 program). Reserve $400. Estimate (open). SOLD FOR $823