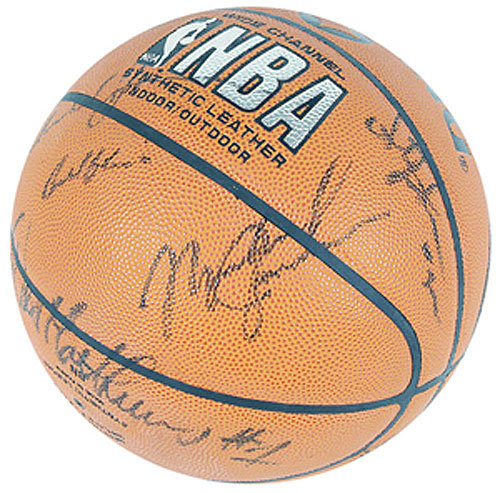 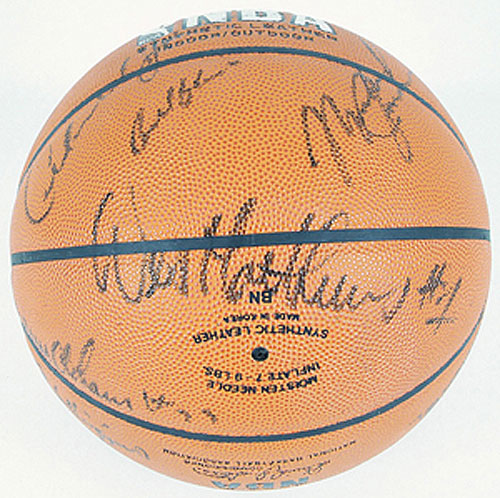 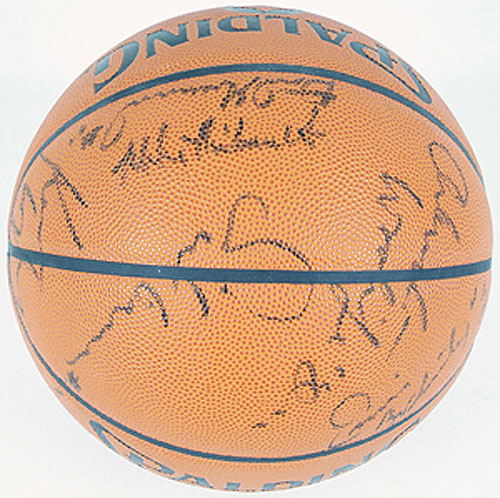 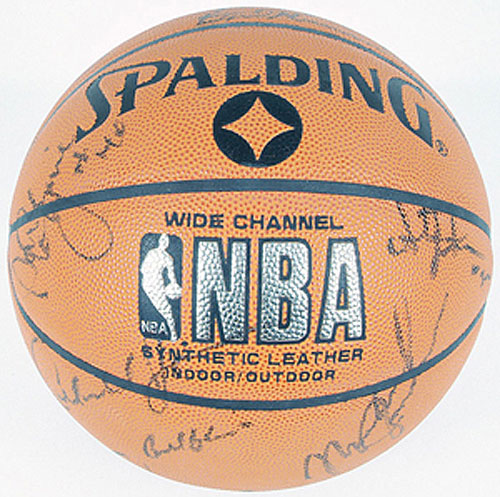 Spalding NBA synthetic leather indoor/outdoor ball signed in black Sharpie by sixteen members of the 1984/1985 Chicago Bulls, including rookie Michael Jordan. Among the signatures on the ball are those of Michael Jordan, Caldwell Jones, Wes Matthews, Jawann Oldham, Rod Higgins, Kevin Loughery (coach), Dave Greenwood, Dave Corzine, Enis Whatley, Orlando Woolridge, and Sidney Green. Signatures range from "7" to "9," averaging "8." The ball is is Near Mint condition. Jordan signed pieces dating from his rookie season are both scarce and highly desirable. This is an outstanding rookie-era Jordan piece dating from the dawn of one of the greatest careers in the world of sport and a ball team-signed by what would soon be one of the greatest dynasties in NBA history. LOA from James Spence/JSA. Reserve $500 Estimate $1,000/$2,000. SOLD FOR $1,293