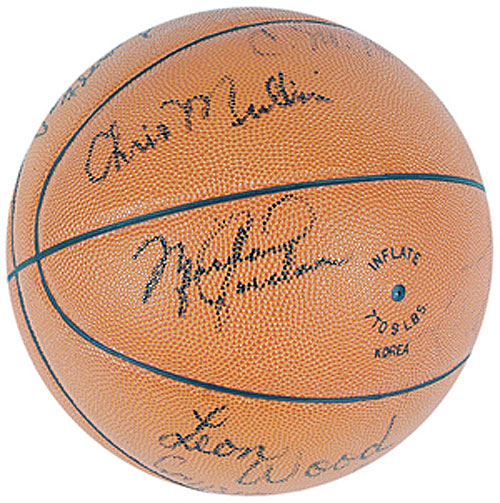 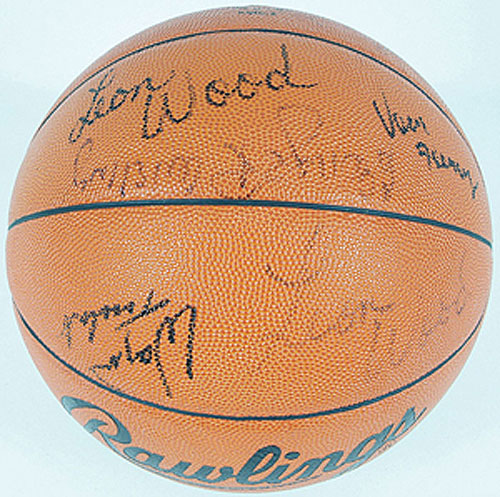 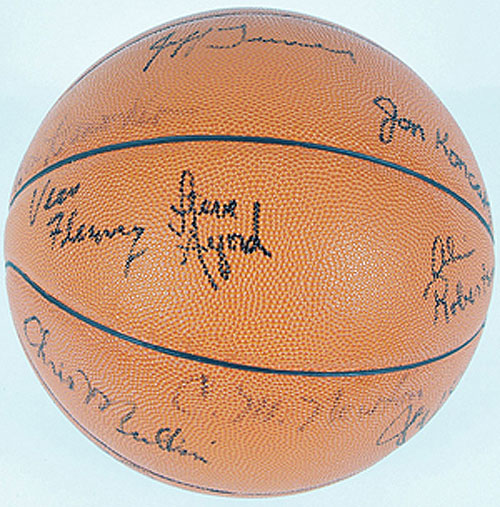 While Michael Jordan's Olympic achievements in 1992, as a member of the fabled "Dream Team" are well remembered today, many fans forget that he first starred on the international stage as a member of the Men's Olympic Basketball Team that brought home the gold in 1984. Jordan averaged a team-high 17.1 points per game in leading the United States team to an 8-0 record and its ninth gold medal in the sport. This rare team-signed basketball features the black Sharpie signatures of sixteen members of the 1984 Men's Olympic Basketball gold-medal team. Two of the players (duly noted) have signed the ball twice for a total of eighteen signatures. Included among the signatures are those of Michael Jordan (grading "7"), C. M. Newton (coach, faded), Joe Klein, Vern Fleming (twice), Steve Alford, Alvin Robertson, Jon Koncak, Jeff Turner, Bob Knight (head coach, badly faded, "1"), Leon Wood (twice, one faded), George Raveling (coach, faded), Wayman Tisdale, Patrick Ewing and three others (faded beyond legibility). Eleven of the signatures are fairly bold, averaging "7/8," while seven are faded, averaging "2." The Rawlings "RLO-Official" ball is in Near Mint condition. LOA from James Spence/JSA. Reserve $500. Estimate $2,000+. SOLD FOR $1,293