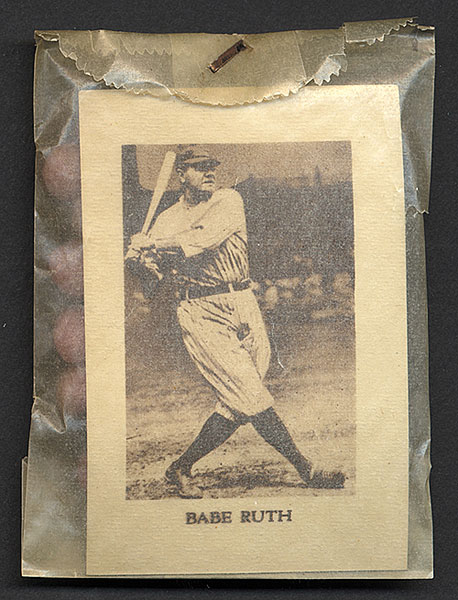 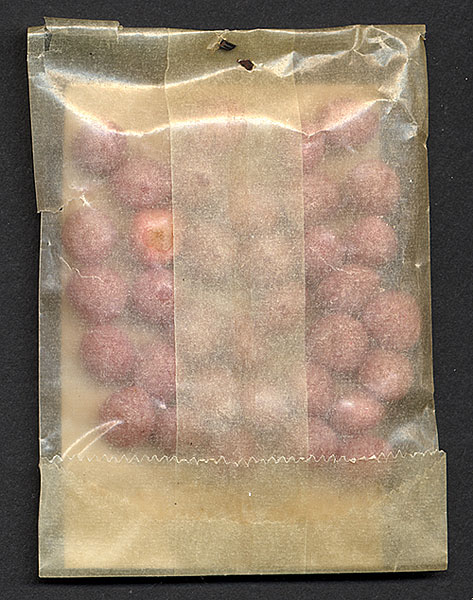 Unopened pack of 1929 "Star Player Candy" featuring #21 Babe Ruth in pristine condition! This incredible pack (along with three nonsport packs in a separate lot also presented in this auction) were kept as souvenirs by the family who consigned "The Most Incredible Unopened Find In The History of The Universe" to REA's May 2009 auction. The 2009 auction of this historic find included 75 unopened packs of 1929 Dockman's "Star Player Candy," including four Babe Ruths. This is the only baseball pack they kept (and who could blame them!). We have never seen anything like this amazing find before and we will probably never see anything like it again. We had no idea the family kept any packs, but we're glad they did, and thrilled to hear from them again to offer these few keepsakes from this most extraordinary unopened find. This Ruth pack and the three non-sport packs offered elsewhere in this auction are the only examples saved as souvenirs by the family.

The 1929 Dockman's "Headliners & Gum" box presented in REA's 2009 auction reveals that the manufacturer of this rare issue is John H. Dockman & Sons. The name of the manufacturer had previously been unknown. Unlike the 1928 Star Player Candy cards (which are blank-backed), the reverse of the 1929 cards have a short biography and a card number in the upper left corner. Ruth's card with text reverse, which is also unique in that it features a completely different pose than the blank-backed 1928 Dockman's card, refers to his sixty home runs in one season and notes this record "will probably remain unbroken for some years to come." Collectors have always appreciated this rare and distinctive issue. The fact that "Star Player Candy" is actually a gum issue, as opposed to a candy issue, is significant in that this set dates from 1929, and is therefore one of the earliest of the bubble-gum baseball-card sets of the era. The card appears to be in Near Mint condition, with just a little gentle bend to the card to accommodate the approximately forty small round pieces of gum in the confines of the pack. The gum balls do not appear to have adhered to the reverse of the card at all. We know that one of the Babe Ruth packs sold in 2009 was opened and the card was graded NM/MT 88 by SGC. There are no guarantees with grading, but if this pack were opened, we strongly believe the card would grade similarly. It certainly appears to be in NM-MT condition! It may even be the best of the five Ruth packs in total from the find. (We believe it is.) The unopened glassine envelope pack, which is stapled shut at the top, is in Excellent condition (with just a single tiny tear of no consequence on the right edge) and looks exactly as it did when packaged for sale by John H. Dockman & Sons in 1929. This is a remarkable unopened pack from the most incredible unopened vintage-pack find in the history of collecting. Reserve $2,000. Estimate (open). SOLD FOR $8,813