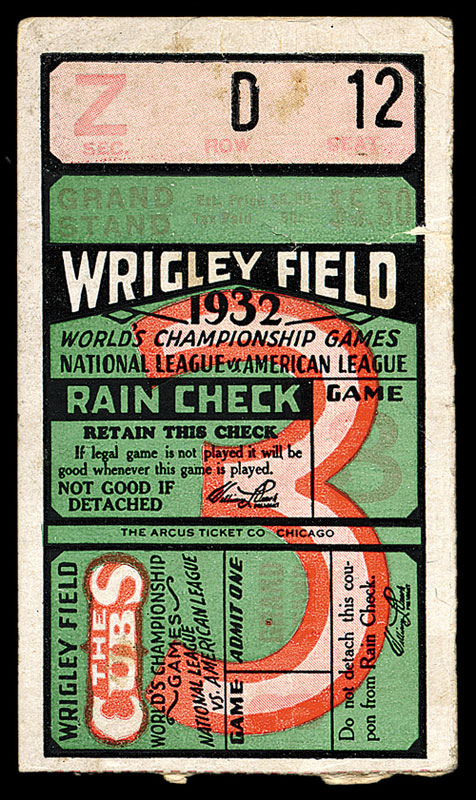 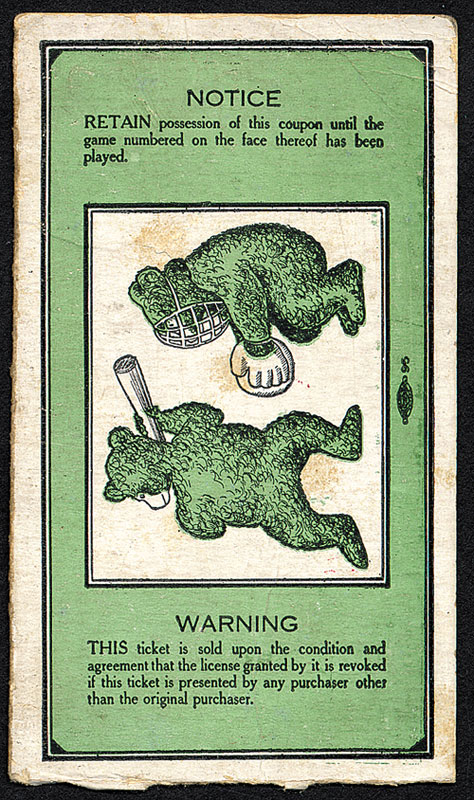 Did he, or didn't he? That's the question everyone was asking after Game 3 of the 1932 World Series between the Yankees and Cubs held at Wrigley Field. Did Ruth point to the center-field bleachers right before hitting a home run to that exact spot, or was he pointing at pitcher Charlie Root? Ruth, of course, never said. One person who could have offered an informed opinion at the time was the original owner of this ticket, which, coincidentally, was issued for a grandstand seat. This has long been regarded as one of the most desirable of all World Series tickets, not to mention a wonderful conversation piece. The ticket stub (3.75 x 2.25 inches) displays modest handing wear, including a few light creases. In Very Good to Excellent condition overall. Reserve $200. Estimate $400+. SOLD FOR $1,896