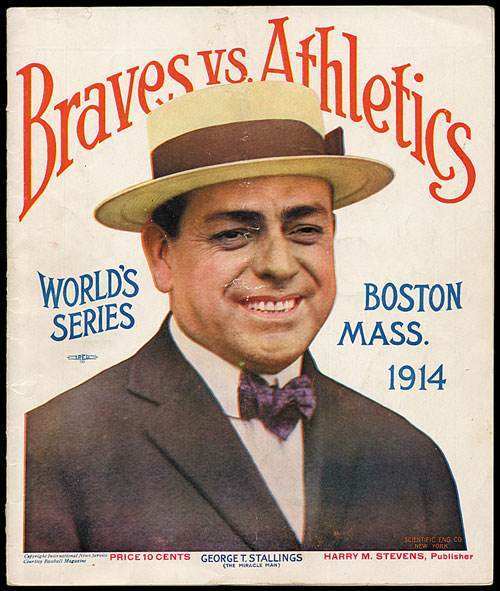 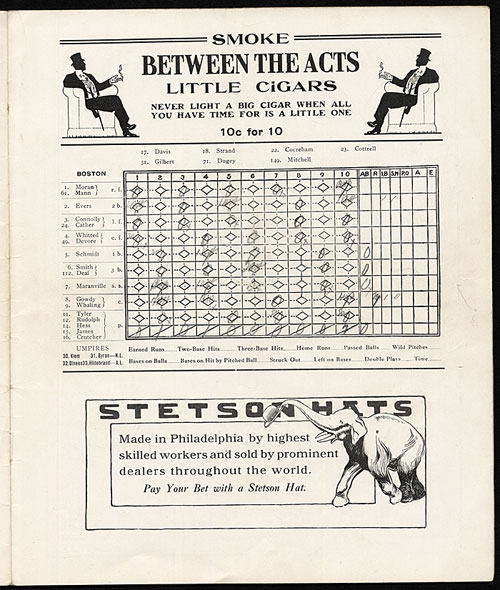 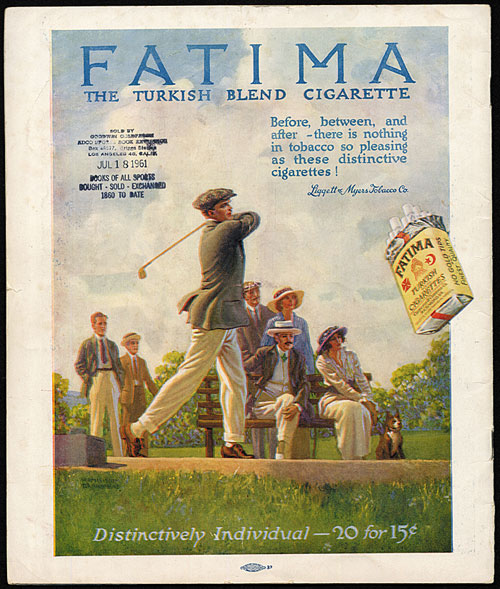 The colorful cover of the 1914 World Series program issued at Boston features a portrait of Boston Braves manager George Stallings, identified below as "The Miracle Man." Stallings' title was well deserved as his "Miracle Braves" went from last place to first place between July 18th and August 25th, en route to winning the pennant by ten and a half games. They then went on to sweep the heavily favored Philadelphia A's in the World Series (4-0). The interior pages feature many photos, including team pictures of both squads. The preprinted lineups include Evers, Maranville, Gowdy, and Moran for Boston, and Collins, Baker, McInnis, and Barry for Philadelphia. Neatly scored in pencil for Game 3 to record a twelve-inning 5-4 Braves victory. The sixteen-page program (9 x 11 inches) displays a light center vertical fold and modest wear to the covers, including a few tiny edge tears. A bookseller's stamp appears on the back cover and the stamped name of a former owner appears at the base of the last page. In Very Good condition overall. Technically mid-grade (as is almost always the case with such early World Series programs) but a beautiful example, extremely attractive and ideal for display. Reserve $400. Estimate $800/$1,200.
SOLD FOR $1,304