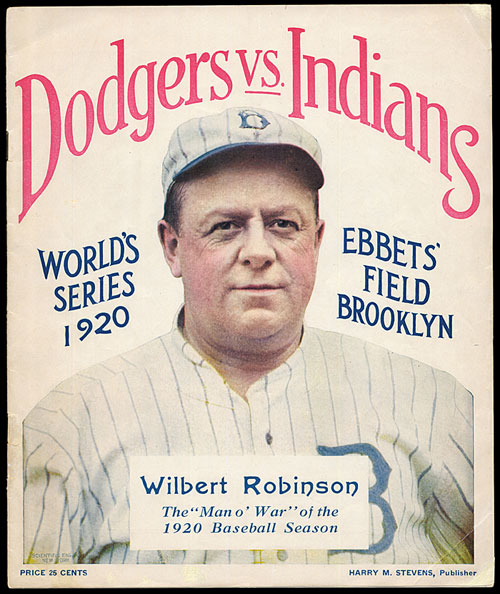 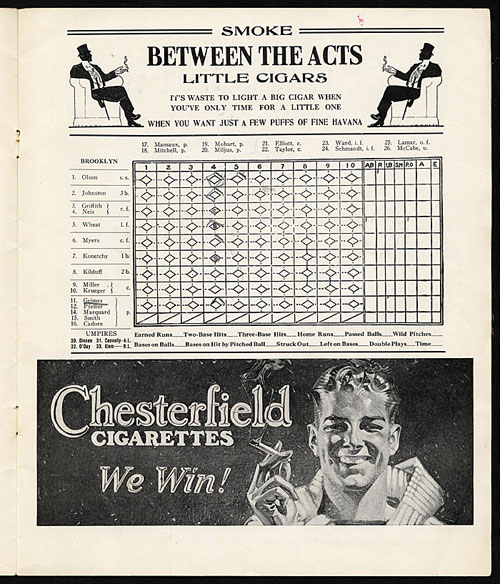 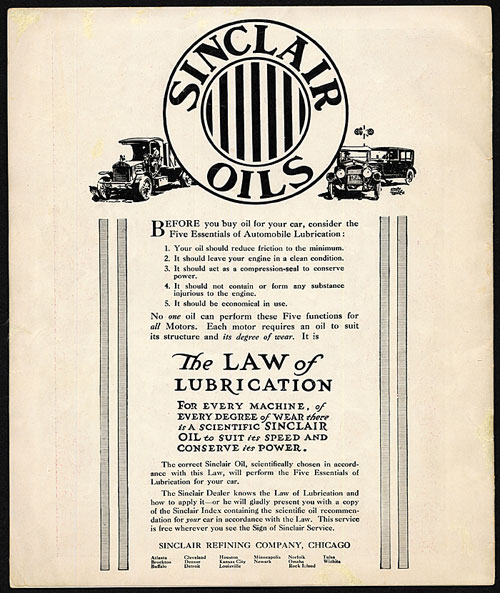 Extremely rare 1920 World Series program issued for the games at Brooklynâ€™s Ebbets Field. The program, which features Brooklyn manager Wilbert Robinson on the cover, is also one of the most impressive for display of all early World Series programs. The interior pages include team photos of the Brooklyn Dodgers and Cleveland Indians, as well as individual photos of team and league officials. The preprinted lineups include Wambsganss, Speaker, Smith, and Sewell for Cleveland, and Wheat, Olson, Myers, and Konetchy for Brooklyn. Each of the scorecard sections bears a number pencil notations (mainly in the fourth inning column), but none of them appear to correspond to any particular game in the Series. Grimes is underlined as the pitcher for Cleveland (Grimes started Games 2, 5, and 7). The Indians defeated the Robins five games to two in the 1920 World Series (it was a best-of-nine affair). Today, the Series is best known for two famous firsts, each of which occurred in Game 5. In the first inning Indians outfielder Elmer Smith hit the first grand slam in Series play. Four innings later teammate Bill Wambsganss did him one better by completing the first and only unassisted triple play in the history of the fall classic. The twelve-page program (9.25 x 11 inches) displays minor separation along the spine, but both covers and all of the pages remain firmly attached to the two binding staples. The front and back covers display a few small areas of extremely minor color restoration touch ups (visible under black light) and a small crease in the lower right corner of the cover has no impact on its extraordinary display value. In Very Good condition overall. Reserve $300. Estimate $500/$1,000.
SOLD FOR $1,304