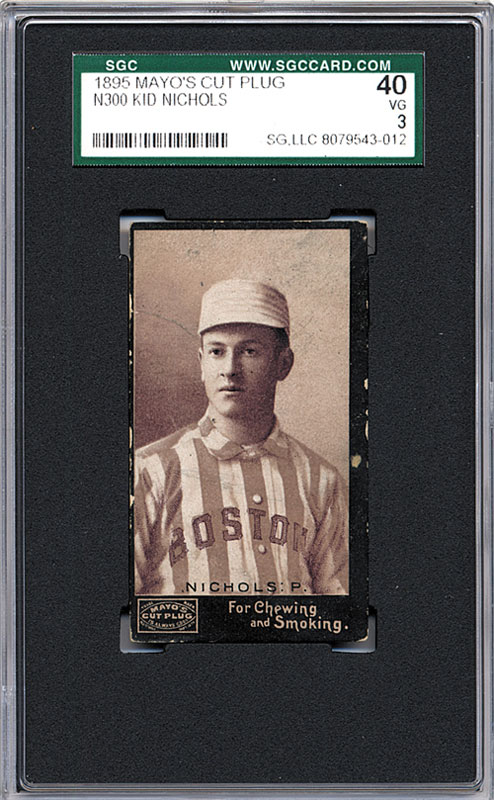 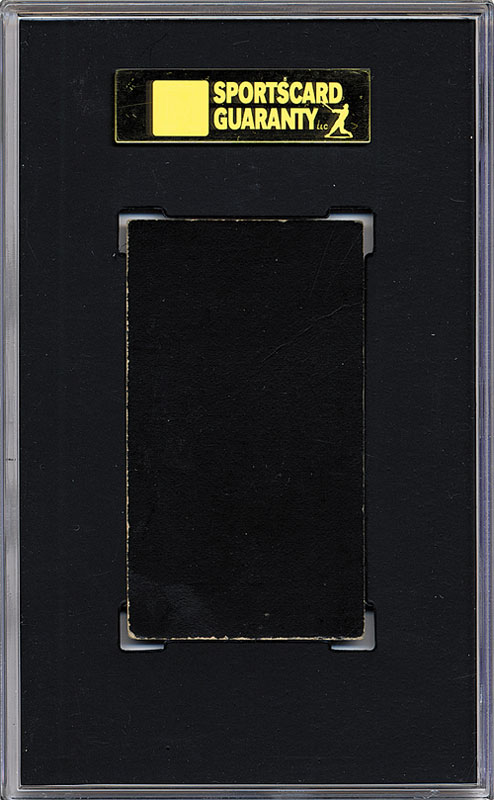 Graded VG 40 by SGC. 1895 N300 Mayo's Cut Plug of Hall of Famer Kid Nichols. A very attractive example of one of Nichols' most impressive cards. Sharp-looking card with an outstanding image and perfect clarity, and centered 15/85 left to right. Perfectly clean on the back. This card has been downgraded due to a single crease and just some light edge and corner wear as is almost always the case with Mayos due to their condition-sensitive flush-to-the-border design. This is also a fascinating card since it was issued several years after Nichols finished the 1889 season with Omaha, and signed with Boston in 1890. There were not yet any photographs of Nichols in a Boston uniform available, so Mayo took a photo of Nichols in his Omaha uniform and had the art department add "Boston" onto his uniform. On close examination of the photograph this is easily seen, giving the card an added dimension of interest and appeal. The Mayo set includes many of the most striking portrait cards of many very significant players. This is a very attractive example of one of Nichols' most impressive cards, and one of the most desirable Hall of Famers in the Mayo's series. Reserve $500. Estimate $1,000/$2,000+. SOLD FOR $1,778