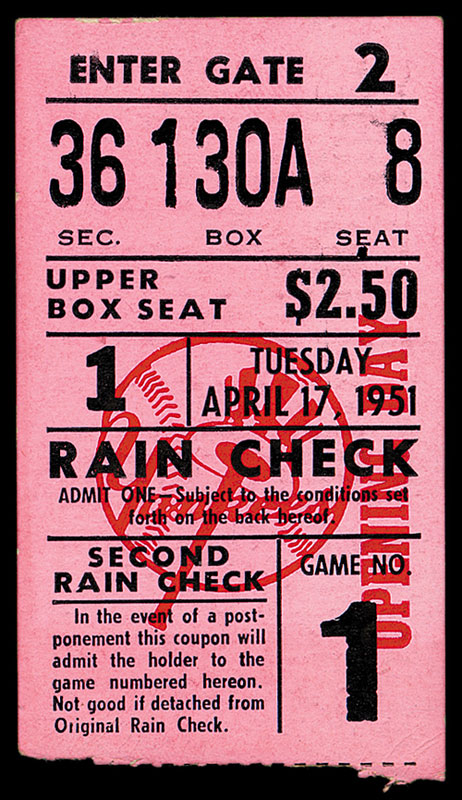 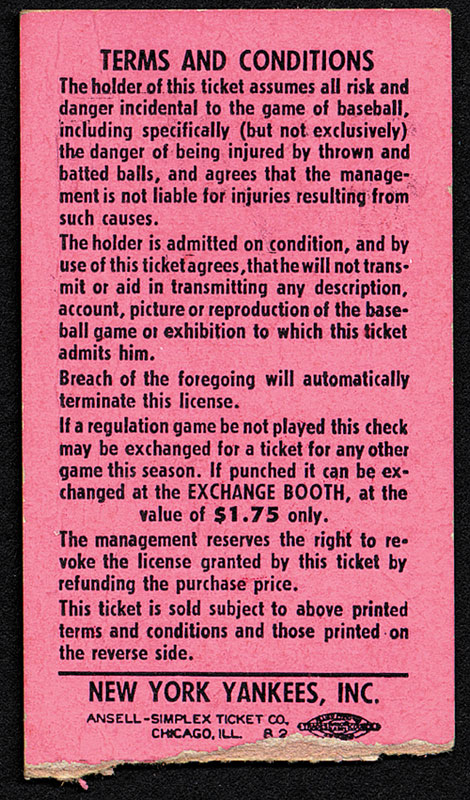 In the spring of 1951 New York Yankees fans heard wondrous tales coming from the club's Arizona spring-training camp of a rookie outfielder who could run like the wind and hit tape measure home runs from each side of the plate. On April 17th, the hometown fans were finally able to see for themselves if those stories were true. It was on that date that Mickey Mantle made his regular-season major league debut at Yankee Stadium in front an opening-day crowd of 44,860. Batting third and playing right field, Mantle managed one hit in four at bats against the visiting Red Sox, with his first major league hit, an RBI single off of Bill Wright, coming in the sixth inning with one out. Offered here is a rare ticket stub from Mantle's historic debut. The stub (1.25 x 2.75 inches), for an "Upper Box Seat," is lettered "Opening Day" in red, with a the number "1" denoting the first game of the season at Yankee Stadium. This is the first example of this ticket stub we have ever handled and one that would make a welcome addition to an advanced Mickey Mantle or New York Yankees collection. Excellent to Mint condition. Reserve $200. Estimate (open). SOLD FOR $8,295