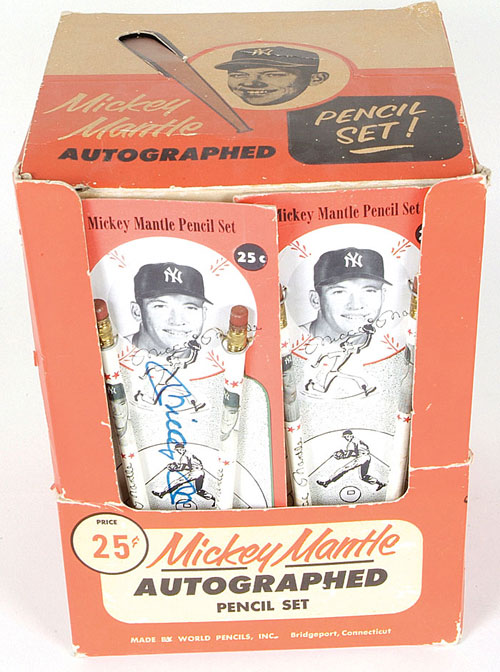 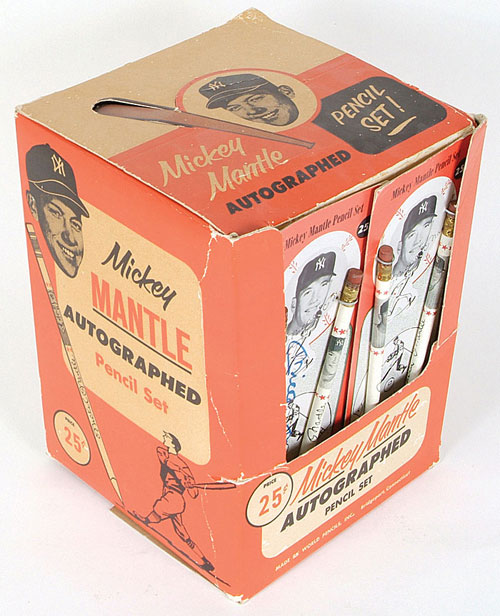 This rare 1960s countertop display box once housed twenty-four sets of "The Mickey Mantle Autographed Pencil Set." The box features Mantle's portrait image on the top of the lid and the two side panels. Ideally, two of the original twenty-four pencil sets remain in the box, one of which has been flawlessly signed by Mantle in blue Sharpie on the front. While examples of the individual pencil sets can be found, this is the only example of the retail display box we have ever seen. This box originates from the legendary Barry Halper Collection and appeared as Lot 1584 in the historic sale of his collection in 1999. It is accompanied by its original custom Lucite holder that bears the original auction label on the front. The box (7 x 7 x 10 inches) displays a number of small tears and creases that are commensurate with its age and former use that do not detract in the least from its overall Excellent appearance. Both of the pencil sets (3.5 x 9.25 inches) are complete as issued and are in Excellent condition overall, with just a few minor creases to each. LOA from James Spence/JSA. Reserve $300. Estimate $500/$1,000. SOLD FOR $533