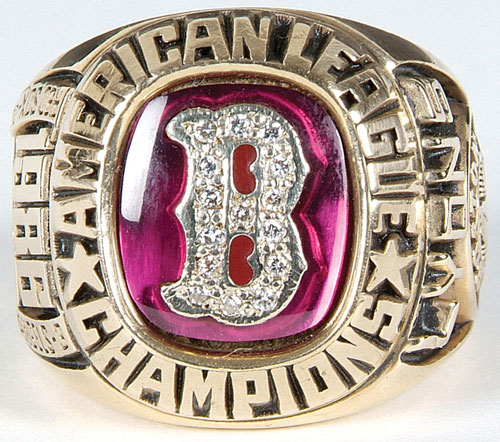 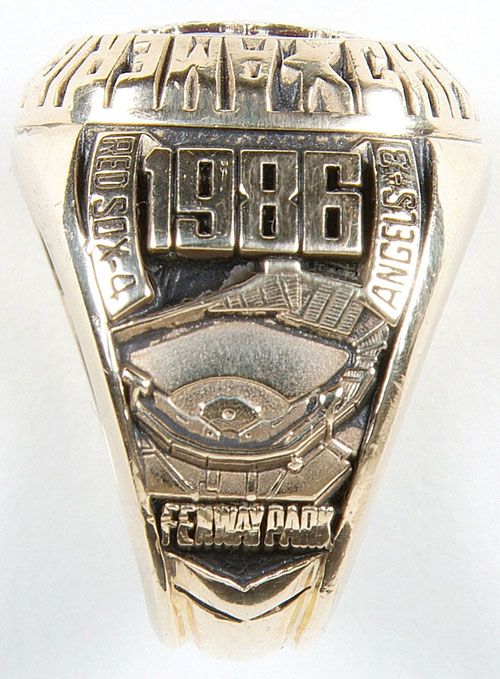 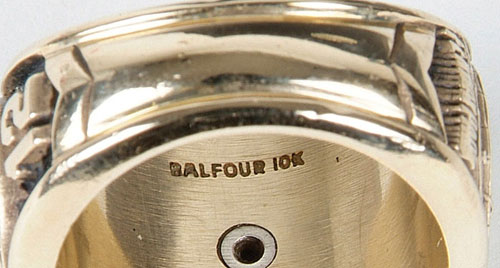 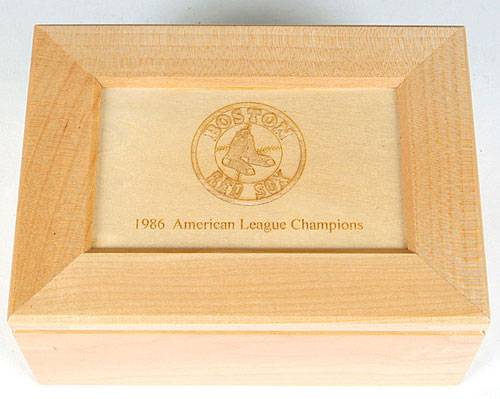 1986 Boston Red Sox American League Championship ring awarded to outfielder Steve Lyons. Extremely rare American League Championship player's ring from one of Boston's most historic seasons. Produced by Balfour, the 10K gold ring displays a red stone on top. Set within the stone is the letter "B" featuring fourteen small inlaid diamonds. The lettering around the bezel reads "American League Champions." One shank features the name "Lyons," the Boston Red Sox team logo, and the number "12" (Lyon's uniform number). The other shank features the year, "1986," two small banners reading, respectively, "Red Sox 4," and "Angels 3" (noting the Red Sox seven-game victory over the Angels in the American League Championship series), a representation of Fenway Park, and the name, "Fenway Park." Engraved on the interior band is "Balfour 10K." Boston traded Steve "Psycho" Lyons to the White Sox in exchange for Tom Seaver on June 29, 1986, thereby saving him from the agony of experiencing one of the most excruciating losses in World Series history. Even though Lyons didn't finish the season with the club, Boston still thought it fitting to award him this ring for his early-season contributions. Ideally, the ring is accompanied by a beautiful custom-made hardwood display case (6 x 4.5 x 2.75 inches). The lid displays the Red Sox team logo and is lettered "1986 American League Champions." (Please Note: the box is not original to the ring; it was made by our consignor; we do not know if the 1986 Boston American League Championship rings were even issued with boxes.) Near Mint condition. Size: 10. Weight: 33.7 grams. Reserve $2,000. Estimate (open). SOLD FOR $11,258