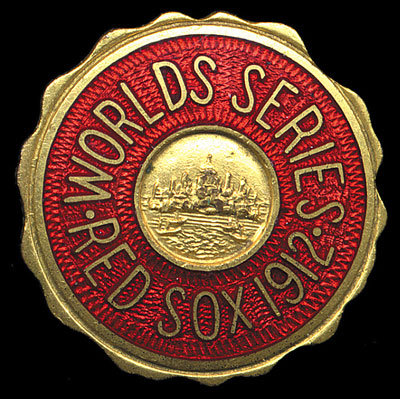 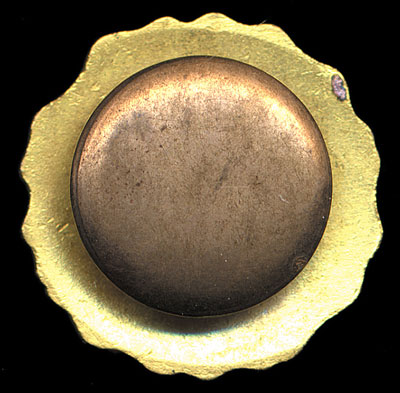 Boston Red Sox press pin issued for the 1912 World Series against the New York Giants. This rare pin is not only one of the earliest World Series press pins ever produced, but also the first issued by the Boston Red Sox. The circular pin features a scalloped edge and is lettered "Worlds Series Red Sox 1912." The interior portion of the pin features an engraving of the Boston Harbor. All pre-1920 World Series press pins are extremely rare. This is an especially desirable example commemorating the first of Bostonâ€™s four World Championships between the years 1912 and 1918. In extraordinary Near Mint condition. Manufacturer unknown; threaded-post back. Diameter: 0.75 inches. Reserve $500. Estimate $1,000/$2,000. SOLD FOR $10,073