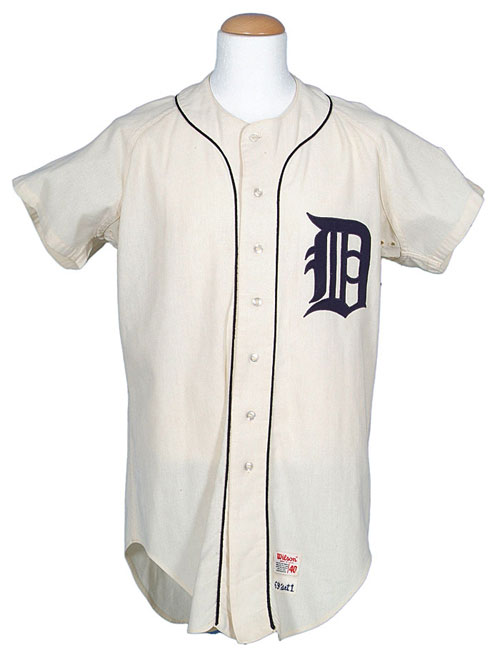 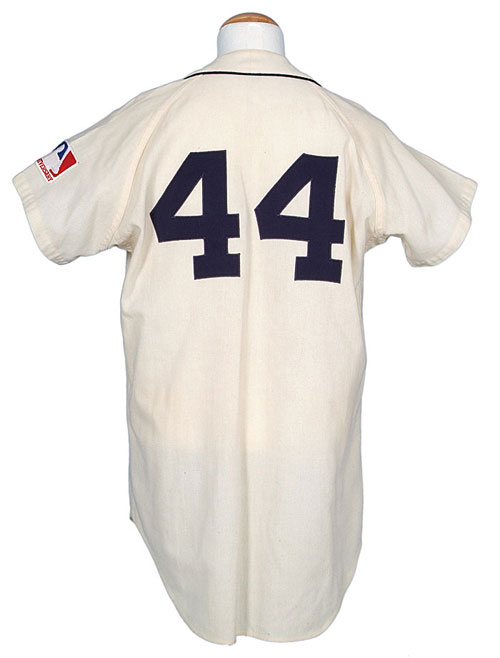 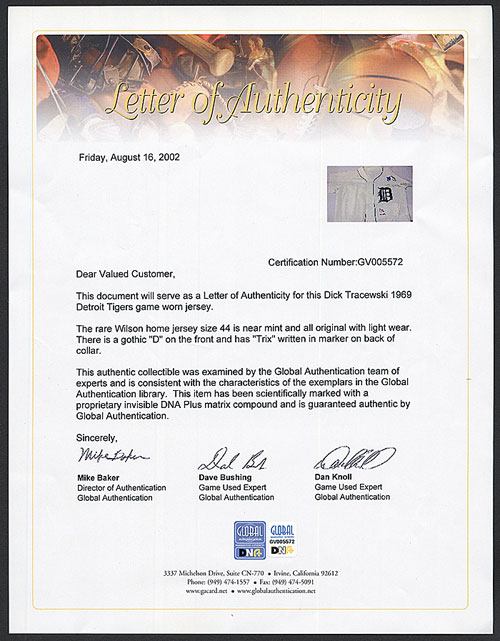 Detroit Tigers home jersey worn by infielder Dick Tracewski in 1969. The white flannel jersey features the clubâ€™s distinctive gothic â€œDâ€ on the left breast and the number â€œ44â€ on the reverse. All letters and numerals are appliquÃ©d in navy tackle twill. A Major League Baseball â€œ100 Anniversaryâ€ patch (worn by all major league teams that season) appears on the left sleeve. Located on the left front tail is a â€œWilson 40â€ label as well as â€œ69â€™ Set 1â€ chain-stitched in navy upon a white strip tag. â€œTrixâ€ is written in faded black marker in the collar. Original and unaltered, the jersey displays light wear. 1969 marked Tracewskiâ€™s eighth and final major league season, the last four of which were spent with Detroit. A member of the clubâ€™s 1968 World Championship club, Tracewski appeared in sixty-six games with the Tigers in 1969, finishing the year with a .139 average. This is an outstanding 1969 Detroit Tigers style jersey, complete with the original anniversary patch. LOA from Dave Bushing and Dan Knoll/Global Authentic. Reserve $300. Estimate $500/$1,000. SOLD FOR $1,659