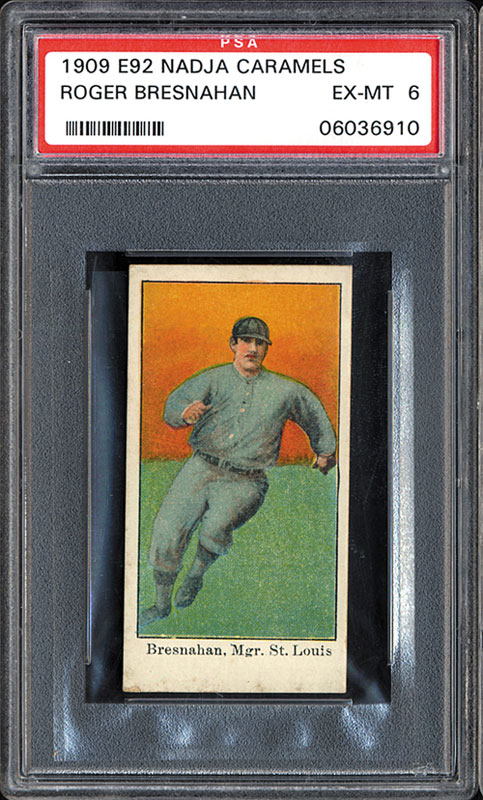 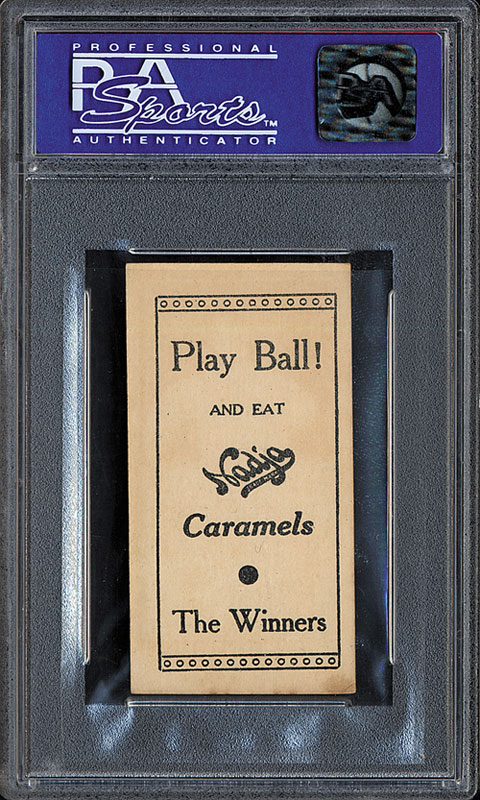 Graded EX-MT 6 by PSA. One of only seven examples graded at this level, with only one graded higher. This rare Nadja Caramels issue from 1909 shares designs with several other closely related candy issues (Croft's Candy, Dockman & Sons, etc.) from the same era. The offered example of Hall of Famer Roger Bresnahan is bright and crisp, with vibrant colors, four strong corners (with a little extra wear in the lower left keeping the card from a higher grade), and centered a hint to the right. Caramel cards in general are much rarer than tobacco cards of the era. Because they were issued with caramels one card per package and sold to children (as opposed to being sold to adults with tobacco), they also tend to survive in a much lower grade. This is an exceptional high-grade example of the legendary Roger Bresnahan from this rare, early twentieth-century candy issue. SMR value for the assigned grade Is $1,750. Reserve $500. Estimate $1,000+. SOLD FOR $830