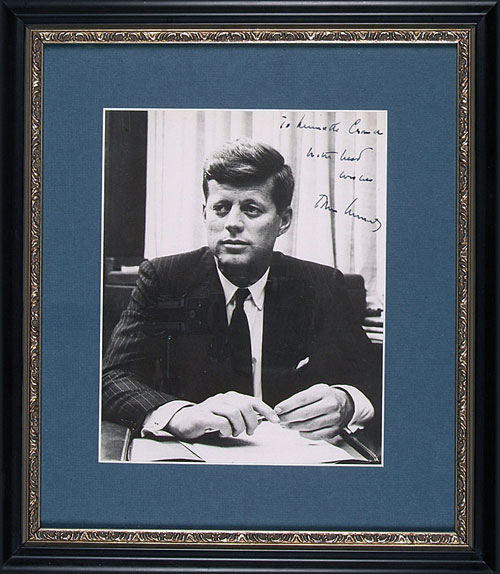 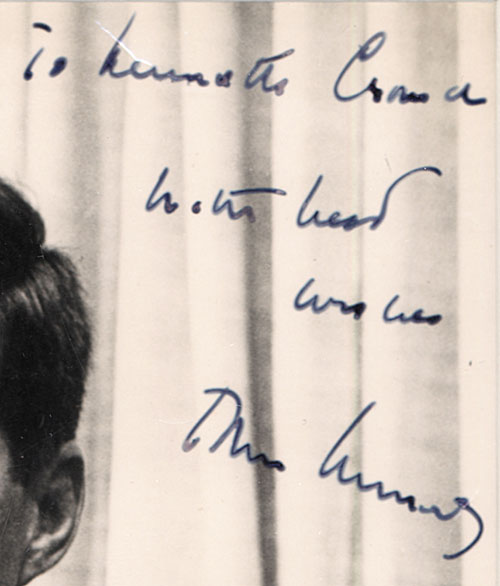 Black-and-white photo, undated, signed by John F. Kennedy (1917-1963), 35th President of the United States. Kennedy has inscribed the photo in blue ink "To Kenneth Cramer - With best wishes - John Kennedy." Both the inscription and signature grade "8." Kennedy's youthful countenance here probably dates this photo to his eight-year term as Senator of Massachusetts (1953-1960). It was during that time that he wrote Profiles in Courage , which received the Pulitzer Prize for biography in 1957. The photo (8 x 10 inches) displays a slight paper-clip impression along the top border as well as a few very minor creases, none of which detract from its spectacular Excellent overall appearance. Matted and framed to total dimensions of 13 x 15 inches. LOA from James Spence/JSA. Reserve $500. Estimate $1,500+. SOLD FOR $2,666