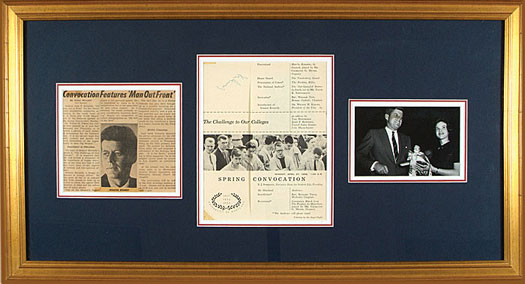 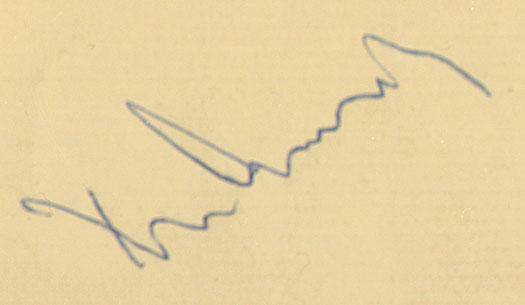 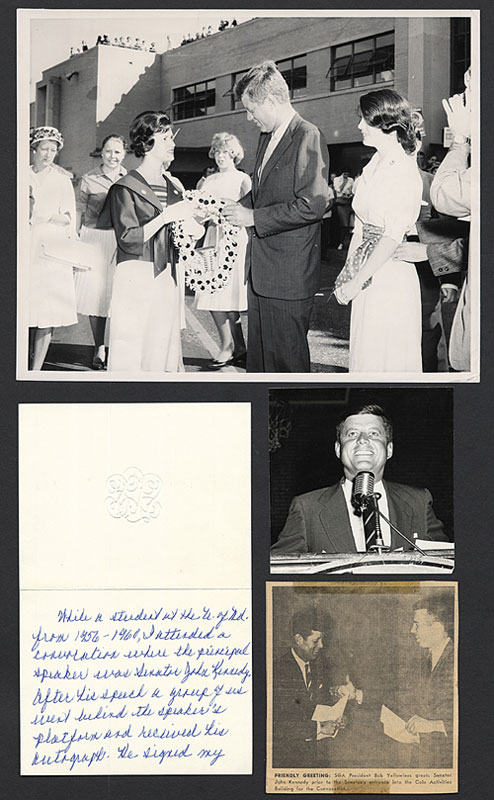 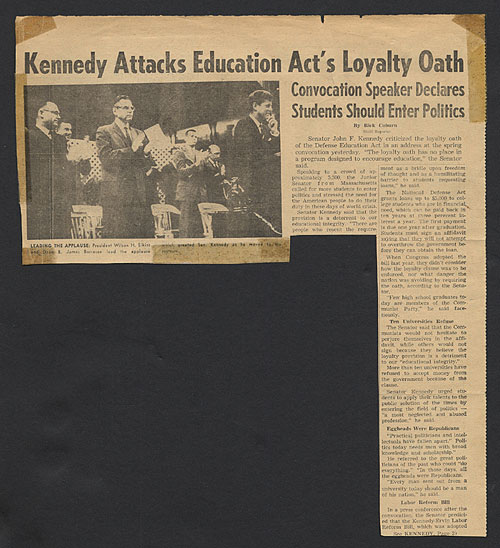 University of Maryland Spring Convocation program, dated April 27, 1959, signed by John F. Kennedy (1917-1963), 35th President of the United States. Kennedy has signed the program in blue ink in the upper left corner, with the signature grading "9/10." This signature was personally obtained by a University of Maryland student who attended the convocation that day, and is accompanied by a signed handwritten letter of provenance from her detailing its history. In full: "While a student at the U. of Md. from 1956-1960, I attended a convocation where the principal speaker was Senator John Kennedy. After his speech a group of us went behind the speaker's platform and received his autograph. He signed my program and I witnessed his signing." Additional supporting provenance is provided in the form of three separate black-and-white photos of Kennedy at the convocation, and three vintage newspaper clippings chronicling his address at the convocation. Kennedy was still a Senator from Massachusetts at the time, but was the frontrunner for the Democratic Presidential nomination, which he eventually received. Kennedy signatures are both scarce and highly coveted. Because of the high number of secretarial Kennedy signatures in the hobby today, not to mention the countless forgeries, examples such as this, that come with such strong provenance, with good reason have always been held in extremely high regard by sophisticated collectors. The program (7 x 8.5 inches) displays adhesive residue in the corner areas from having once been mounted in an album; it is otherwise in Excellent to Mint condition. Matted and framed together with a photo of Kennedy accepting a gift from a student at the convocation and a vintage newspaper clipping covering the event. Total dimensions: 28.25 x 15.25 inches. (It should be noted that it appears the program has been disassembled for mounting purposes with one of the interior pages, listing the order of events and the date of the convocation, affixed atop the front for optimal display.) LOA from James Spence/JSA. Reserve $300. Estimate $1,000+. SOLD FOR $1,185