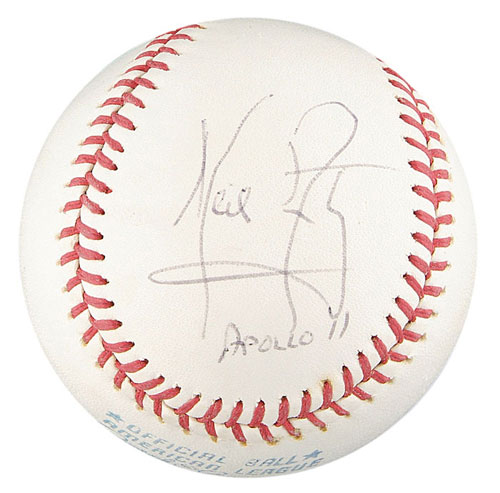 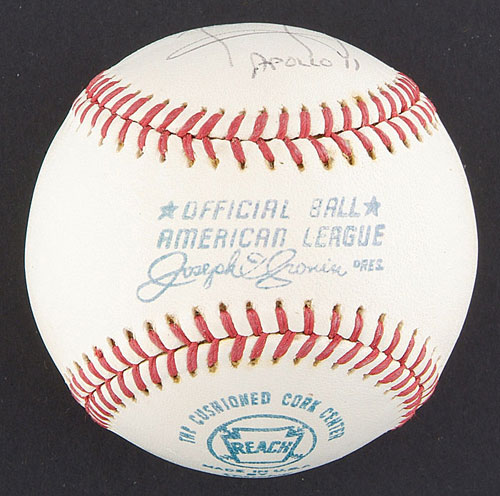 Official American League (Cronin) ball signed by Neil Armstrong, the first man to walk on the moon. Armstrong's black ink signature has been scripted on a side panel (grading "8/9"), below which he has added "Apollo 11." Of all the celebrated astronauts in American history, Armstrong remains the most famous, as well as the most reluctant signer. Armstrong has shunned numerous signing shows over the years and his signature on any item, especially a baseball, is both rare and desirable. Near Mint condition. This is an extraordinary example of one of autograph collecting's great modern rarities. LOA from James Spence/JSA. Reserve $500. Estimate $1,500+.
SOLD FOR $20,145