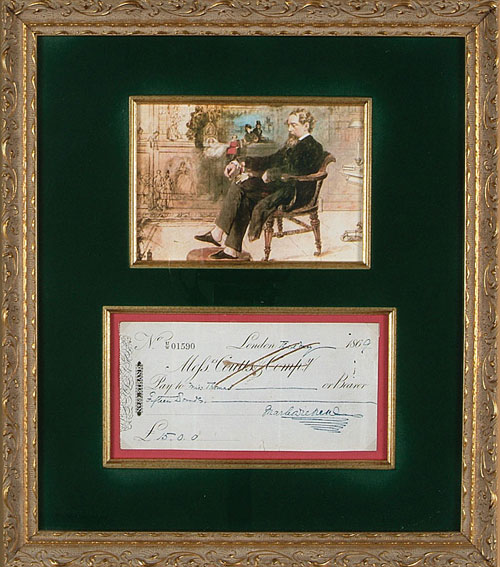 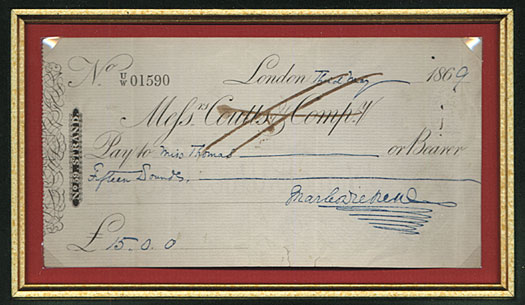 Bank check, dated May 3, 1869, signed by Charles Dickens (1812-1870), English novelist. The check, drawn on the English bank Coutts & Co., of London, is made out to "Miss Thomas" in the amount of "Fifteen Pounds" and has been signed in blue fountain pen (grading "9/10") by "Charles Dickens." Considered by many to be the finest English novelist of the Victorian period, Dickens is the author of such classics as A Christmas Carol , Great Expectations , David Copperfield, and Oliver Twist . A prominent social critic of his time, he also embarked on series of popular lecture tours throughout both Britain and the United States during his later years. He died at Gad's Hill Place on June 9, 1870. The check (7.5 x 3.5 inches) displays standard bank cancelation marks, as well as three vertical fold lines, a small spindle hole, and a few tiny tears along the bottom border. In Very Good to Excellent condition. LOA from James Spence/JSA. Reserve $200. Estimate $400/$600.
SOLD FOR $1,304