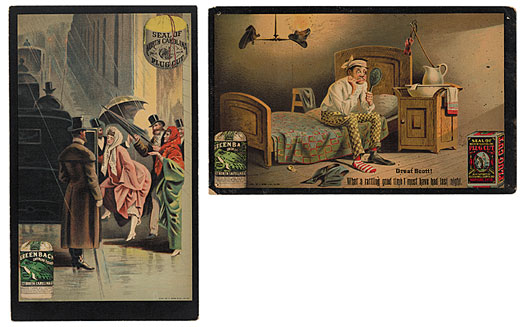 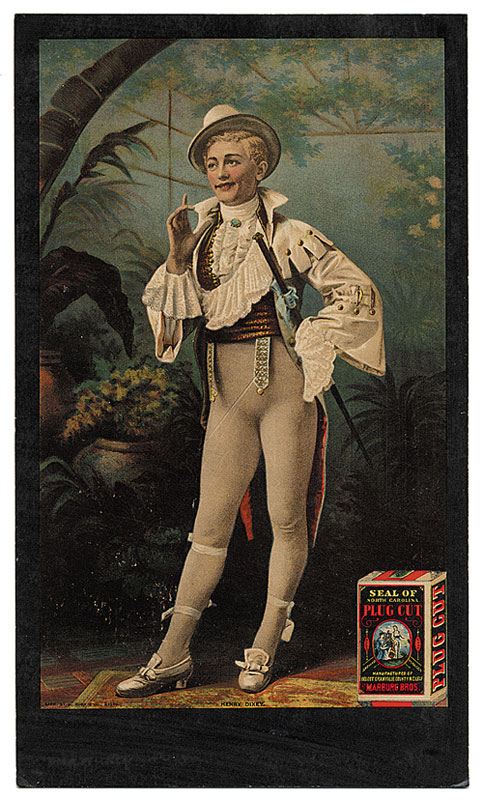 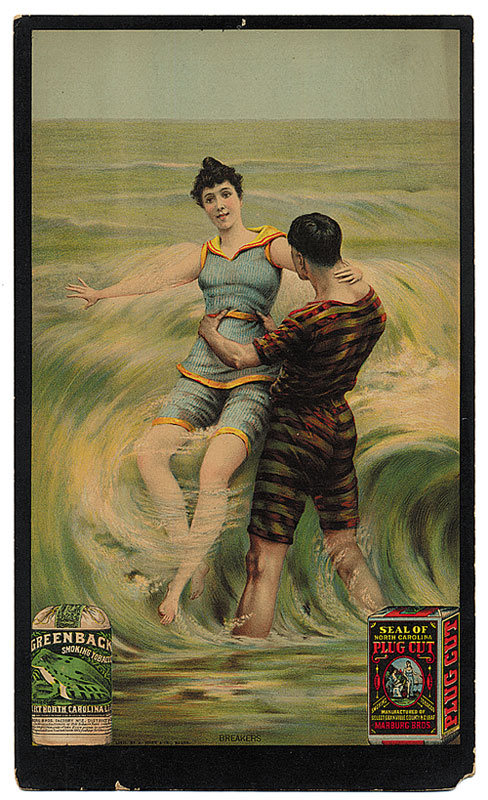 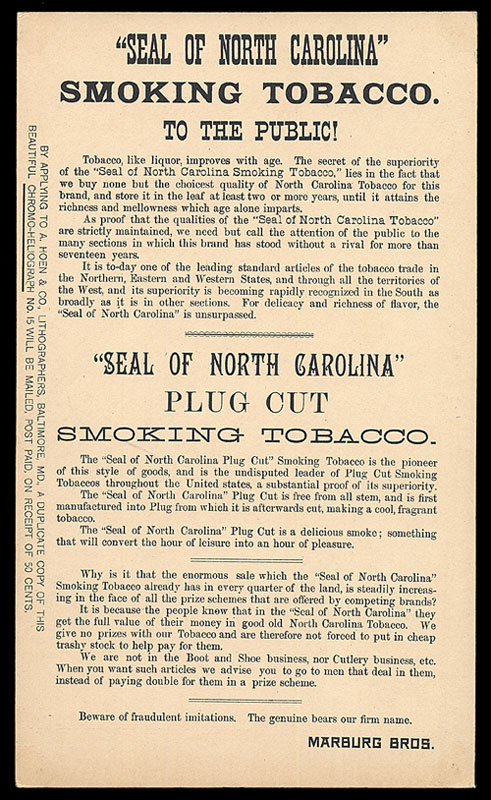 These gigantic advertising cards (approximately 7.5 x 12.5 inches) are among the rarest and most unusual of all nineteenth-century nonsport tobacco-card series. These are so rare they are virtually unknown except among the most advanced nonsport card collectors. Their great rarity may be related to the text which appears on the reverse. In addition to extensive advertising for the "Seal of North Carolina" Plug Cut, the reverse reads "By applying to A. Hoen & Co., Lithographers, Baltimore, MD., a duplicate copy of this beautiful chromo-heliograph No.126 will be mailed, post paid, on receipt of 50 cents." (Note: a different card number appears on the reverse of each, representing the number of the image on the obverse.) Fifty cents was a fortune in 1888 for a single card! This is one of those unusual nonsport tobacco-card sets which stand out as rare to even the most seasoned veteran collector. The exceptionally colorful large-card set was issued to promote the "Seal of North Carolina" tobacco brand. Each card features an extremely colorful and detailed lithographic scene, with a package (or two) of "Seal of North Carolina" and "Greenback" Tobacco superimposed in the foreground of the illustration. The back of each card features promotional information related to the company and a card number along the left edge. The collection consists of the following: #14 Henry Dixey (Ex), 15 Agnes Folsom (Ex), 37 Breakers (pinhole at top and lower right corner missing, otherwise Vg-Ex), 43 "Great Scott! What a rattling good time I must have had last night" (technically Poor due to tack holes in all four corners), and 126 (no caption, Vg-Ex/Ex). The production quality of this set is outstanding. This is an extremely attractive high-grade group with outstanding eye-appeal. Total: 5 cards. Reserve $500. Estimate (open).
SOLD FOR $948