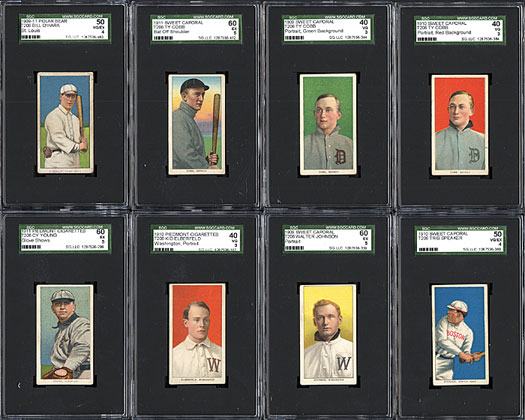 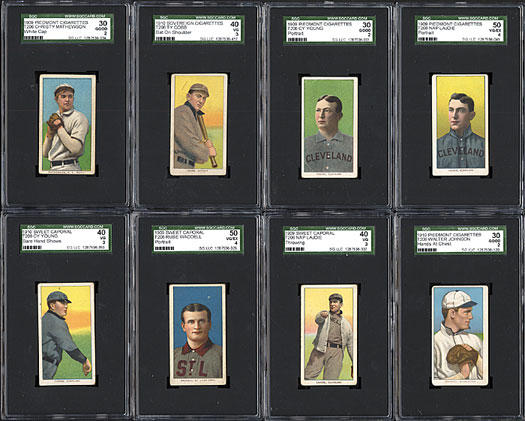 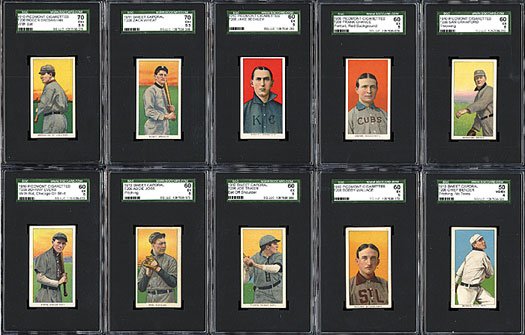 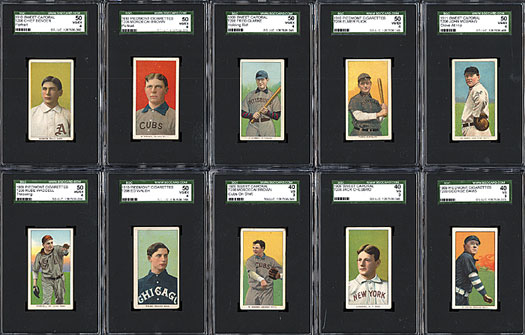 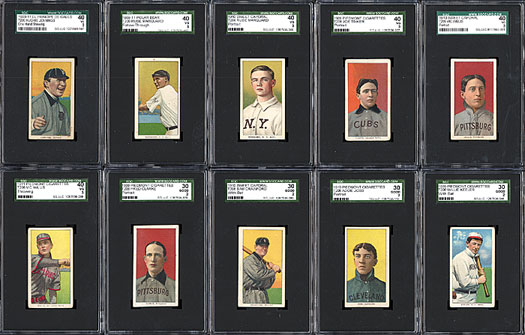 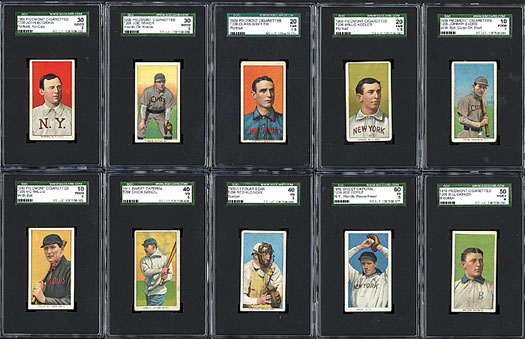 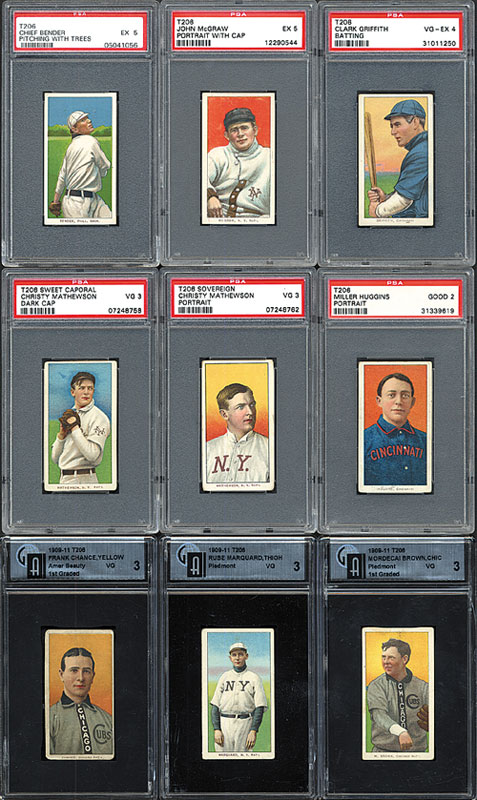 Presented is a near-complete T206 set of 520 cards, offered as a single lot. The completion of any T206 set is an extraordinary achievement. This is an exceptionally attractive high-quality near-complete set. The entire set (missing only the "Big 4") is graded and encapsulated by SGC (473 cards, of which 470 cards were submitted for grading by REA), PSA (42 cards), or three other grading companies (5 cards: GAI, BVG, CSA). The set includes seven NM 84, fifteen EX/NM 80, thirty-eight EX+ 70, 130 EX 60, 104 VG/EX 50, 115 VG 40, fifty-two GOOD 30, fifteen FAIR 20, six POOR 10, and thirty-eight Authentic. There is little need for a formal introduction to the T206 White Borders set, the single most important and highly collected issue among all tobacco and all vintage cards. This is an extremely attractive and clean near-complete set of 516 cards. The cards span all grades and include many significant condition highlights; the entire set has tremendous eye-appeal across the board and even the lesser-graded cards are very pleasing and exhibit bright colors and crisp focus. Few cards have creases, and most cards have been downgraded solely due to normal corner and edge wear. It would be a challenge in any era to assemble such an attractive T206 set, and all the more challenging to find a set of this extraordinary quality already assembled and available for sale as a unit today. Any T206 set, of course, naturally has a tremendous "break value" and most quality sets are broken up and sold individually. This T206 set is highlighted by seventy-four Hall of Famers, including four Ty Cobb cards, three Christy Mathewsons, two Walter Johnsons, three Cy Youngs, as well as many rarities. The near-set includes the rare Demmitt, St. Louis (graded GOOD 30 by SGC, downgraded due to several tobacco stains on the front), O'Hara, St. Louis (graded VG/EX 50 by SGC), and Elberfeld -port. (Wash.), and, of course, the forty-eight scarce Southern League series cards.