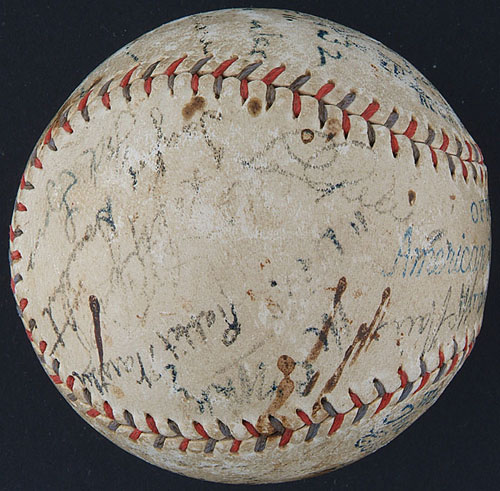 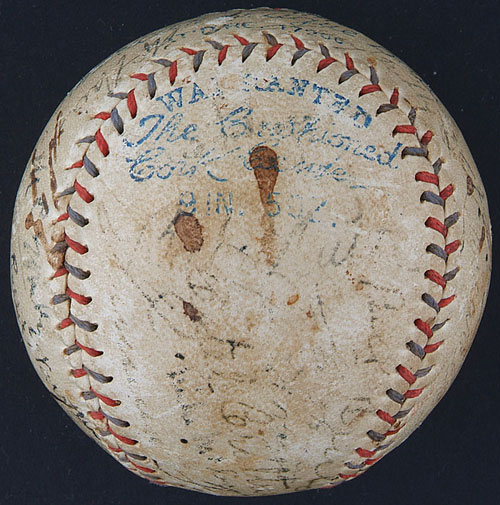 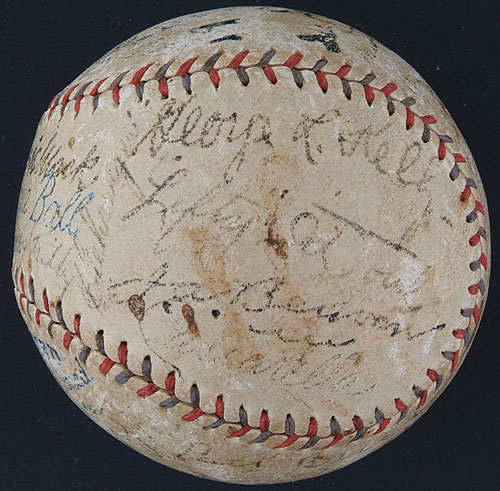 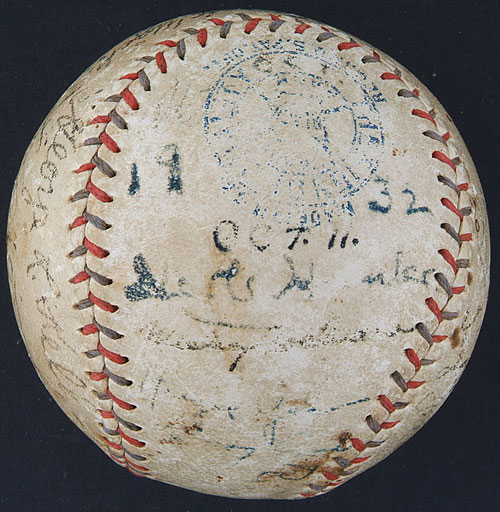 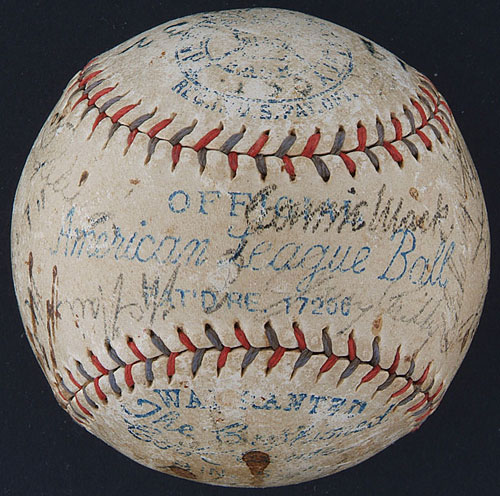 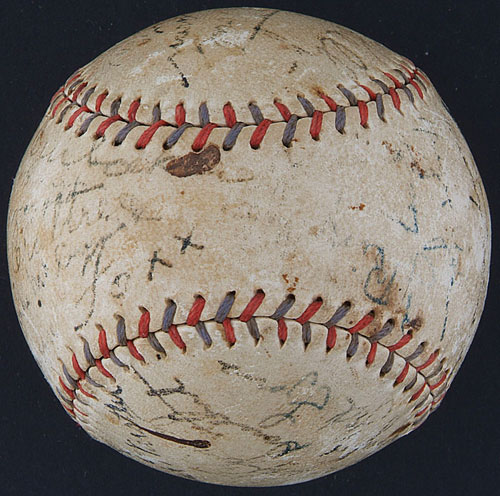 Circa 1932 â€œTourâ€ Ball Signed by Ruth, Gehrig, Foxx and Many Others

This official American League ball (league presidentâ€™s facsimile signature not visible) is somewhat of an enigma given the signatures present and the date written in black ink on a side panel: â€œOct 11, 1932.â€ If this ball were signed on that date it is obviously from some unspecified post-season game or event. We do know that a number of the players represented here participated in either the 1931 or 1934 overseas tour of Japan, but our research has been unable to determine an event in 1932 that would connect all of them. Regardless of its history, it remains a desirable multi-signed ball featuring many of the top stars of the era. The black fountain-pen signatures present on this ball include Babe Ruth (faint, grading â€œ1,â€ on a side panel directly below the stamped ball weight), Lou Gehrig (â€œ2â€), Jimmie Foxx (â€œ2/3â€), Connie Mack (â€œ5â€ on ball label), Charlie Gehringer (â€œ2/3,â€ last name only), George Kelly (â€œ3/4), Ted Lyons (â€œ2/3â€), Lefty Oâ€™Doul, Joe Cascarella (last name only), Eric McNair, Taylor Douthit, and Rabbit Warstler. Many of the remaining signatures are difficult to read. Signatures range from â€œ1â€ to â€œ5,â€ averaging â€œ2.â€ The fact that Cascarrellaâ€™s signature is on this ball might indicate that the signatures were acquired over a period of time, since Cascarrella made his major league debut in 1934, two years after the date written on the ball. Based upon the manufacturerâ€™s stampings, the ball was produced between the years 1926 through 1933. The ball displays a number of small areas of discoloration, as well as few minor abrasions. In Very Good condition overall. LOA from James Spence/JSA. Reserve $300. Estimate $500/$1,000. SOLD FOR $1,659