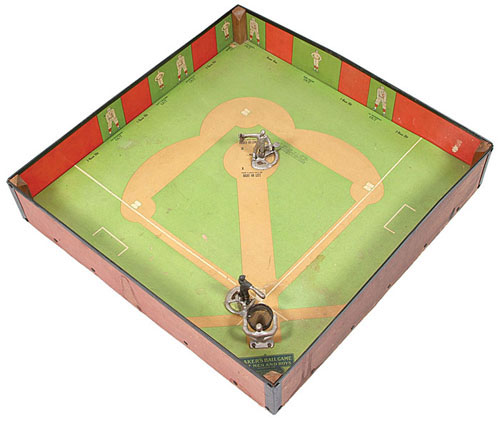 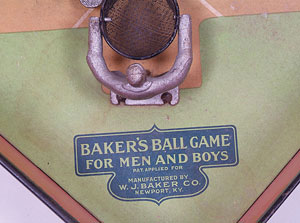 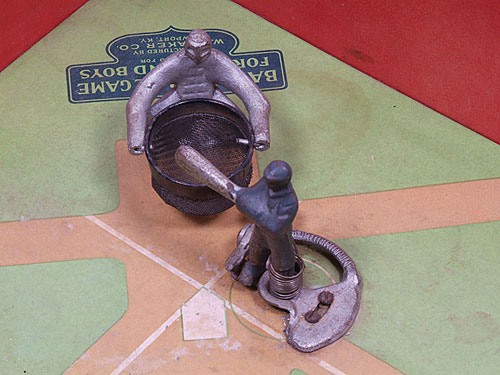 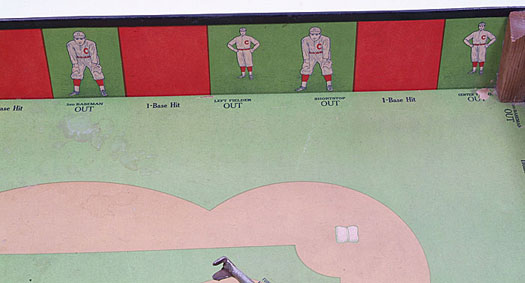 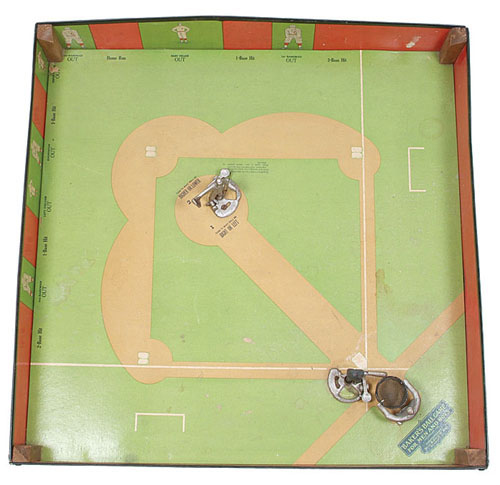 Made by the W. J. Baker Company, Newport, Kentucky, in 1920, the "Baker Game" is one of the premier tabletop action games ever produced. This baseball tabletop action game is designed to allow the pitcher to throw the ball in the air to the batter, who can then attempt to hit it. Behind the batter is a catcher with a metal basket to receive the balls missed by the batter after his swing. The mechanisms on the metal pitcher and batter work perfectly. Areas of the field are divided into sections labeled "Home Run" or "1-Base Hit" or "Left Fielder Out" on the interior of the fence. When a ball is hit, this labeling determines the result of the hit. The interior of the walls are decorated with Cincinnati players. This is very likely due to the proximity of Kentucky (where the game was manufactured) to Cincinnati, and very likely also due to the Reds having won the 1919 World Series over the "Black Sox." The game displays a number of flaws commensurate with its age and former use, including a few light stains and minor abrasions on both the playing field and outer walls, as well as wear to the metal figures. The game originally included three metal base runners which are no longer present. The ball is also no longer present. In Very Good condition overall. It should be noted that this is not a game which typically survives in any condition. Its rarity is such that it represents only the second example of the "Baker Game" we have ever handled. The first appeared as Lot 732 in our April 2005 auction, where it sold for $2,320. Dimensions: 26.25 x 26.25 inches. The height of the surrounding fence is five inches. Reserve $500. Estimate $1,000+. SOLD FOR $1,778