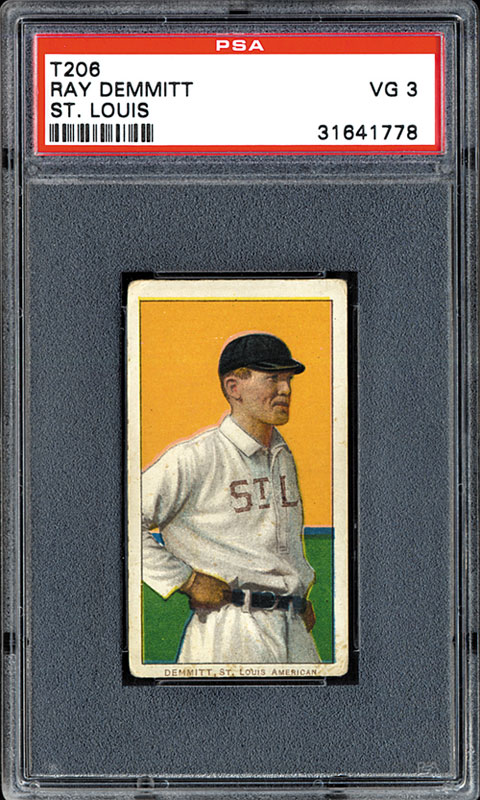 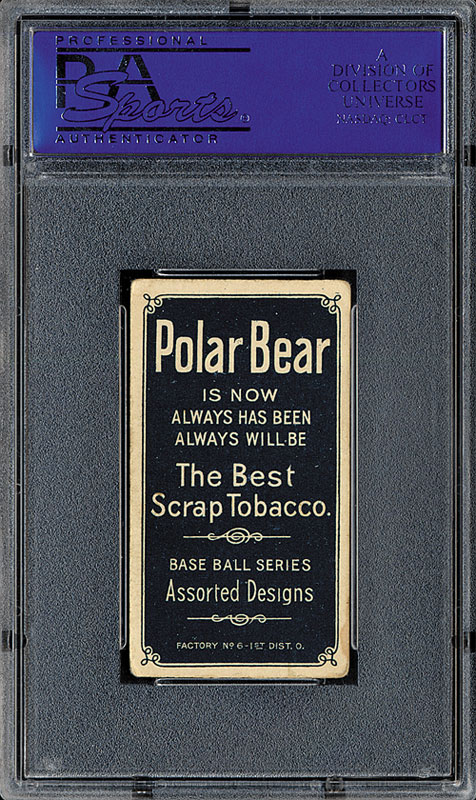 Graded VG 3 by PSA. Very attractive and conservatively graded example of the rare Demmitt, St. Louis Americans T206 variation, in medium-grade for a common T206, but in far better condition than normally seen for this rare card. This card has a particularly interesting and noteworthy provenance: It is the T206 Demmitt card from the T206 set that accompanied "The Connecticut Wagner" (that appeared as Lot 3 in REA's May 2010 auction, selling for $282,000). The Plank from the set appeared as Lot 5 in REA's May 2011 auction, selling for $94,000. This auction includes the balance of the set (mostly sold together as a near-set but we've pulled out a few special cards including this rare Demmitt to be offered individually). Polar Bear was the only company to issue this T206 variation and this fact is directly related to why Demmitt is so difficult to find in high grade. The packaged cards issued with Polar Bear tobacco were not well protected from the accompanying product; thus almost all Demmitt cards have at least some tobacco staining. This example has virtually no staining, and slightly rounded corners. Bright and crisp, with extremely fresh colors, no creases, and centered slightly to the bottom left. This is a very attractive medium-grade example of one of the rarest cards in the classic T206 White Border set. SMR value is $2,200. Reserve $500. Estimate $1,000/$2,000. SOLD FOR $2,370