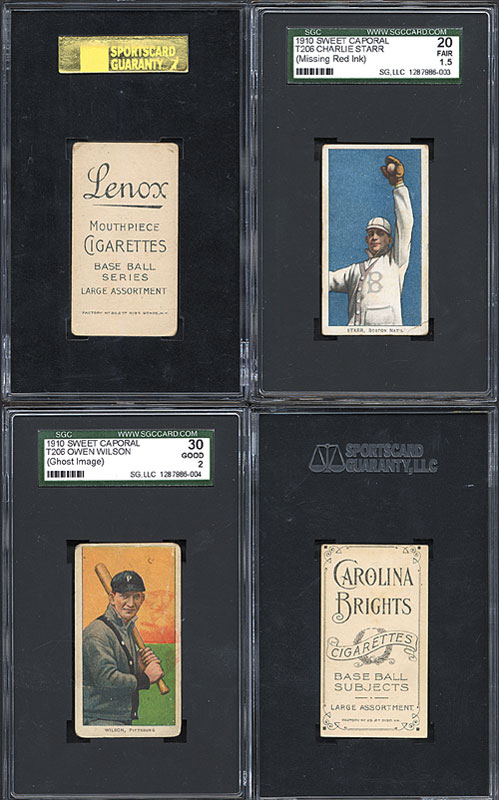 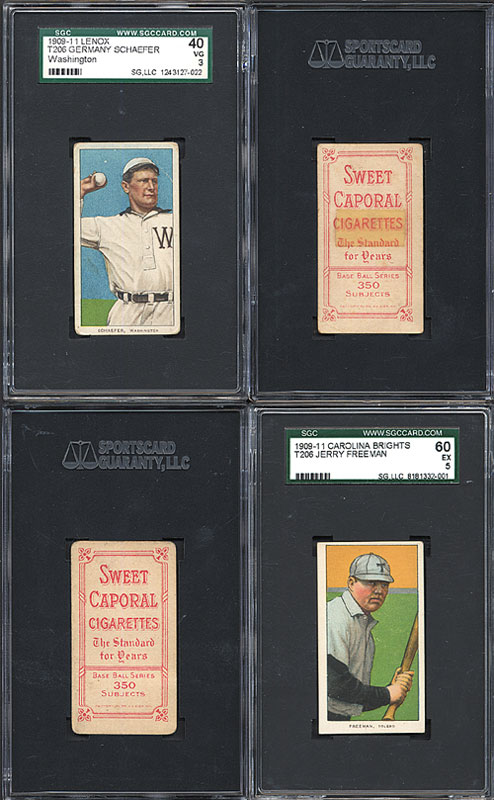 A fascinating group of four T206 cards, two with scarce advertising backs and two with factory printing errors, each graded and encapsulated by SGC. 1) Lenox back (black): Schaefer/Washington (SGC VG 40); 2) Carolina Brights: Freeman (SGC EX 60); 3) Ghost image: Wilson (SGC GOOD 30, Sweet Caporal 350 reverse; to the right of Wilson's batting pose is a remarkably strong "ghost" image of Wilson; this is an ideal T206 ghost-image example with strong visual appeal); and 4) Missing red ink: Starr (SGC FAIR 20, very unusual card that is close to a final-process card but escaped at least one color process and looks very unusual; Sweet Caporal 350 reverse; please note that this card has been downgraded by SGC due to a small piece of tape on the reverse; it is a very attractive card that is otherwise VG). All are clean and crisp, each with one or two creases. The Wilson ghost-print and Starr missing red ink are cards that were factory-cut and issued but with the noted printing errors. A very substantial group of unusual, interesting, and very striking scarce backs and printing errors from the T206 series. Total: 4 cards. Reserve $300. Estimate $1,000+.
SOLD FOR $5,629