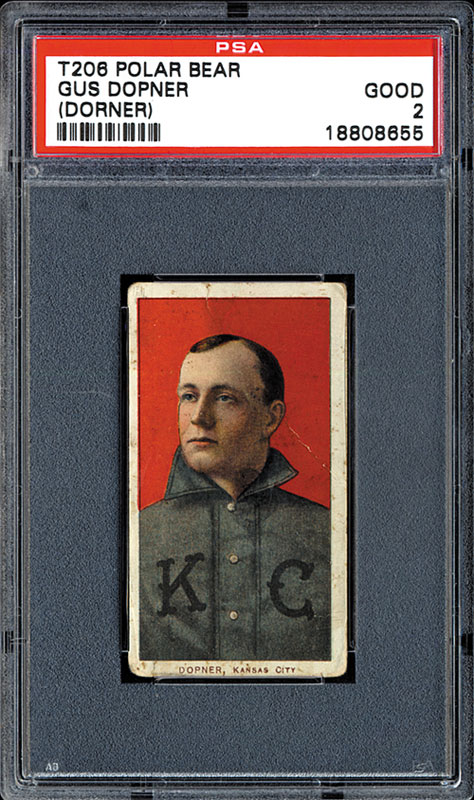 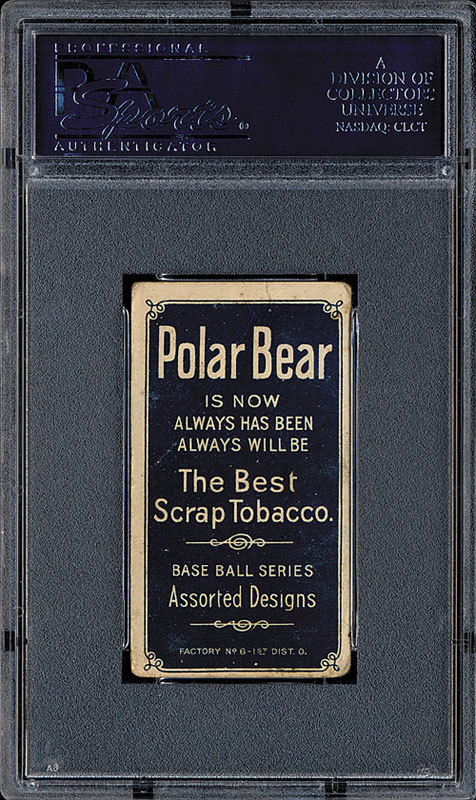 Graded GOOD 2 by PSA. Only "1 of 1" graded by PSA with no other examples at any level graded by PSA. Extremely rare example of the 1909-1911 T206 White Border "Dopner" printing variation of Gus Dorner, Kansas City. This is one of the rarest of all T206 caption variations, possibly even rarer than the more well-known "Murrâ€™y" and â€œNodgrassâ€ variations. In fact, this is the first T206 "Dopner" variation we have ever seen or offered. As collectors have become more sophisticated, there has been a growing appreciation for all variations and rarities associated with the landmark T206 set, including a few extreme rarities that were not even known to exist until recent years. The "Dopner" variation card is a legitimate variation error card. Some collectors are quick to dismiss this variation, simply because it has not yet been formally checklisted in the Standard Catalog. The â€œDopnerâ€ variation error card is defined by the misspelling of Dorner's name on the cardâ€™s caption. This caption variation was apparently caused by a printing plate error affecting the typeset of Dorner's name on only a very limited print run. This is a very attractive example of this unusual and extreme T206 rarity. In the future, we have no idea if the "Dopner" card will be considered an obscure footnote to the T206 set or celebrated as one of the T206 set's most valuable rarities. It is, without question, one of the T206 set's rarest variations, and one that is a worthy and significant addition to any complete T206 collection. The card is centered slightly to the left, with even wear at the corners, a bold red background, flawless registration, and a diagonal crease through Dorner's image. Polar Bear advertisement on the reverse. Because of its extreme rarity, there is no consensus on the value of this card. We are confident the auction process will provide clarity. Reserve $500. Estimate (open). SOLD FOR $6,518