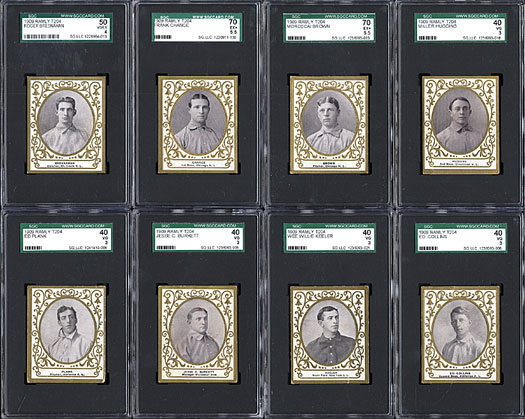 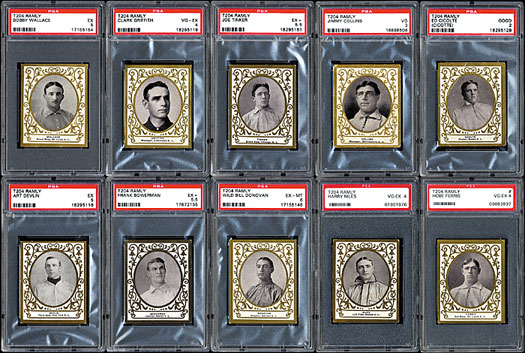 Ramlys are universally regarded as one of the most classic and elegantly designed baseball-card issues ever produced. Issued in 1909 and catalogued T204 in the American Card Catalog , Ramlys are noted for the distinctive fancy gold-embossed borders that surround the oval photographic portraits. They are much rarer than most other tobacco-card issues from the 1910 era. Presented is a stunning almost-never-seen complete set of this important issue, one of only several complete sets that we have ever had the privilege of offering over the past thirty-five years. The Ramly set is highlighted by fifteen Hall of Famers, including Walter Johnson, Ed Plank, and Jesse Burkett. Seventy-eight cards (64% of the set) are graded and encapsulated by PSA (41 cards) or SGC (37 cards).