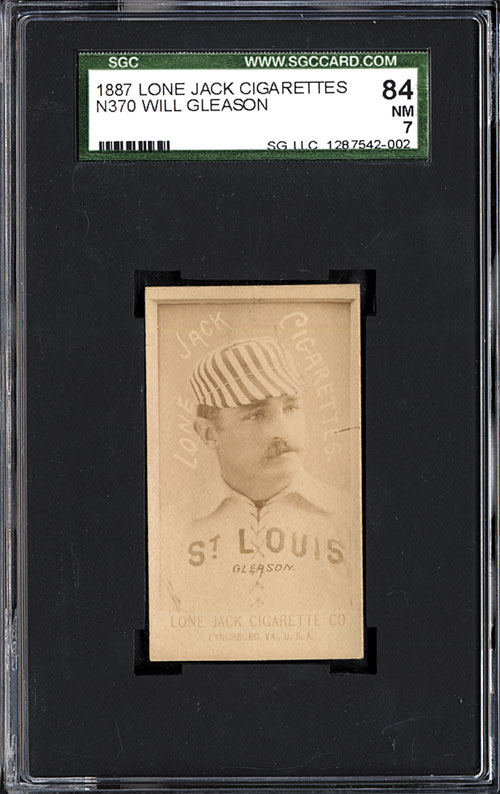 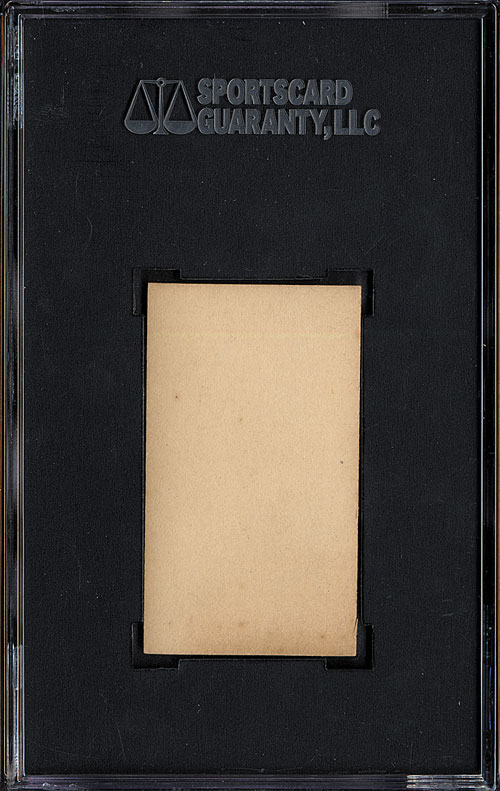 Graded NM 84 by SGC. Highest-graded example by SGC! Exceedingly rare sample card of Will Gleason from the Lone Jack Cigarettes series. This newly discovered example is an exciting recent find. It was the only baseball card found in a large collection of nineteenth-century nonsport tobacco cards! The Lone Jack set, issued by the Lone Jack Cigarette Company of Lynchburg, Virginia, features portraits of the 1886 Brownie Champs. The thirteen-card set actually uses the very same portraits as appear in the N172 Old Judge Brownie Champ series, but with larger images cropped more closely, and with advertising for Lone Jack Cigarettes surrounding the players' portraits in the background. Their unusual design and great rarity distinguish them as one of the most interesting of all nineteenth-century baseball issues. Lone Jacks have a similarity to Old Judges, but have no direct connection to Goodwin, and may have been regionally issued only in Virginia. Superb photo quality. Crisp and clean, both front and back. This card is a gem! Lone Jacks are so rare that the prospect of assembling a set is a virtually impossible task and even finding a sample is extremely difficult. This is a tremendous high-grade sample from this very rare pre-1900 tobacco set. In fact, this newly discovered card (along with one other NM example of Welch) is the highest-graded N370 Lone Jack ever graded by SGC or PSA (the next highest grade listed by either company is EX). In Near Mint condition. Reserve $2,500. Estimate $5,000+.
SOLD FOR $6,518