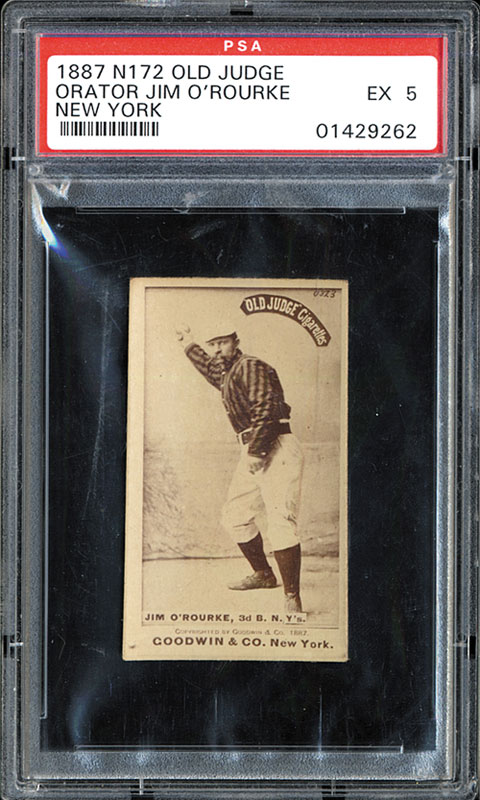 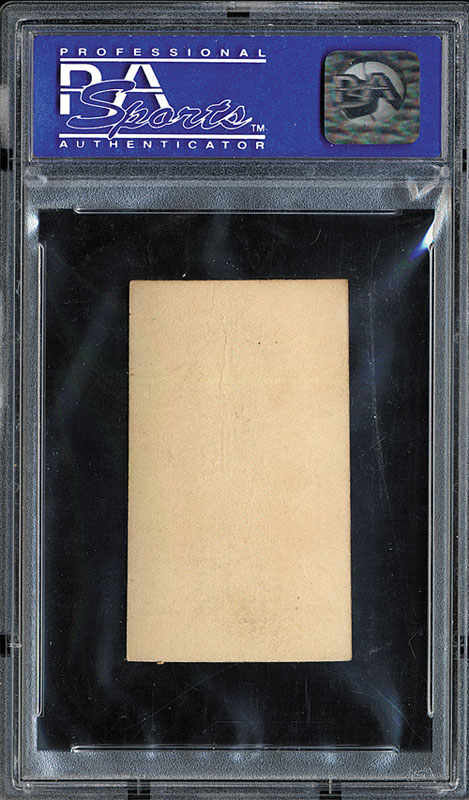 Graded EX 5 by PSA. 1887 N172 Old Judge of Hall of Famer Jim O'Rourke (#358-3 pose) with the New York Giants in a classic throwing pose. One of the great early stars of the game, O'Rourke batted .300 or better in thirteen of his twenty-two years in the National Association, National League, and Players' League, and was a member of seven championship clubs, five of them in Boston during the 1870s. He was also the first player to record a hit in National League history. When O'Rourke returned to the Giants to catch one game on September 22, 1904, at age 52, he became the oldest man to complete a Major League game. This is an extremely attractive card, perfectly clean front and back, no creases, with outstanding picture quality and contrast, and four square corners with virtually no corner wear. The crisp photo highlights every detail of O'Rourke's face (including his impressive mustache!) as well as his uniform. Centered 70/30 left to right. This is a beautiful high-grade card in solid Ex to Ex-Mt condition. Reserve $1,000. Estimate $2,000+. SOLD FOR $2,370