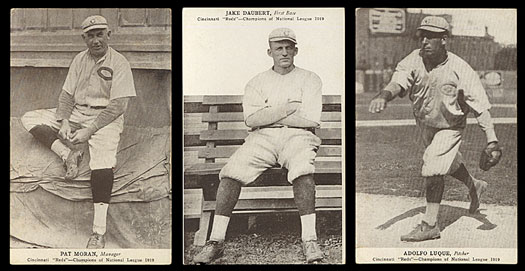 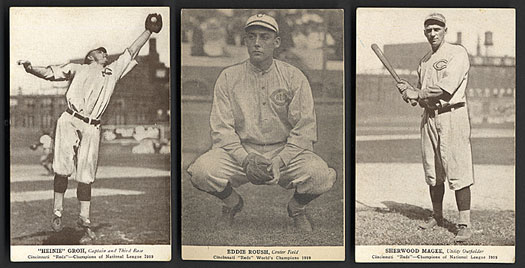 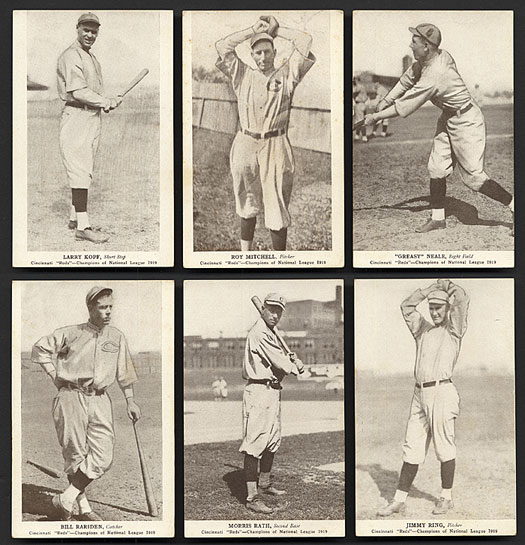 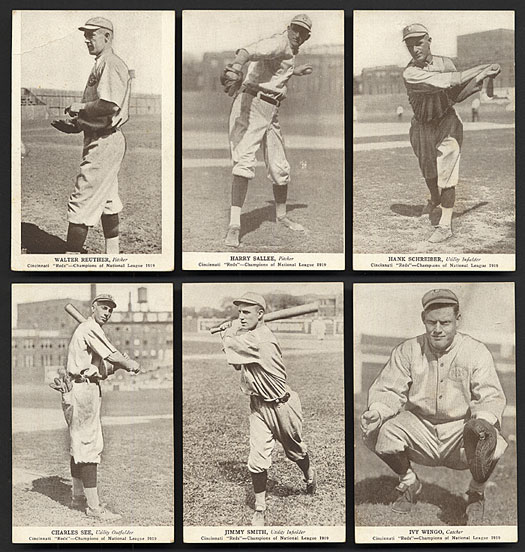 Complete set of twenty-four 1919 Cincinnati Reds World's Champions Postcards. Produced by the Feicke-Desch Printing Company of Cincinnati to commemorate the Reds' 1919 Championship season, the set exclusively features Reds, including Hall of Famer Ed Roush, Jake Daubert, Adolfo Luque, and manager Pat Moran. This set has been consigned by the family of an old-time collector. Fifteen cards range from Vg-Ex to Ex condition, seven are Vg, and two are Gd. All have clean unused reverses. The Cincinnati Reds World's Champions postcard set represents an outstanding value, and is one of the most distinctive sets of the era. Dimensions: 3.5 x 5.5 inches. Total: 24 cards. Reserve $300. Estimate $500/$1,000+. SOLD FOR $1,778