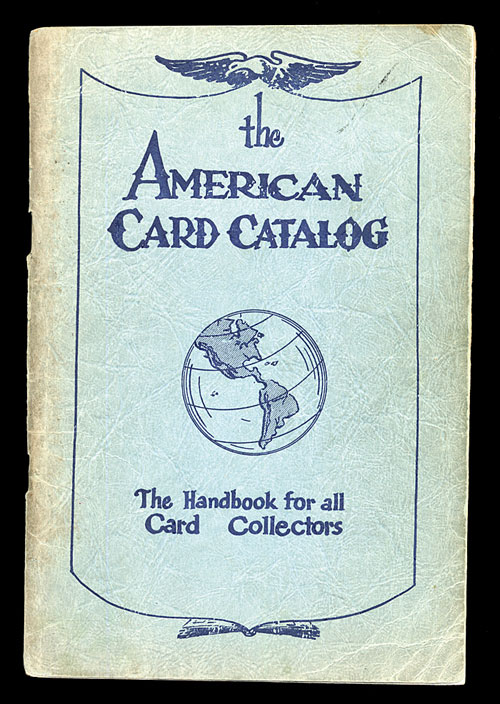 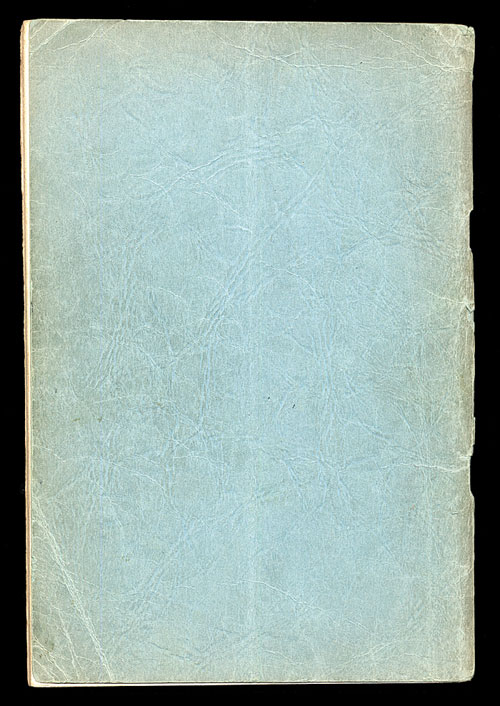 Robert Edward Auctions has always had a great reverence for hobby history, so it is a special honor for us to present this fascinating relic of card-collecting history in this auction. Offered is a rare 1946 edition of the American Card Catalog by legendary card-collecting pioneer Jefferson R. Burdick. Burdick is universally recognized as the "Father of Card Collecting." His American Card Catalog was the first serious attempt to document and categorize cards for collectors. It was the American Card Catalog which assigned to such sets as T206 and R319 the catalog reference numbers still in use today. Burdick spent the last twenty years of his life organizing and mounting his vast collection in albums for permanent display at the Metropolitan Museum of Art. He died in 1963, within months of completing this lifelong project, and his collection is permanently housed as one of the most famous collections at the Met. In addition to the primary catalog section, it is fascinating to see the advertising section in the back of the 1946 ACC , with ads from legendary collecting pioneers such as Charles Bray, Lawrence Kurzrok, Jake Wise, Walter Corson, Lionel Carter, and even Jefferson Burdick himself. The catalog (6 x 8.75 inches) is complete with original covers, presents beautifully, and is in Very Good to Excellent condition. Reserve $200. Estimate $400++. SOLD FOR $593