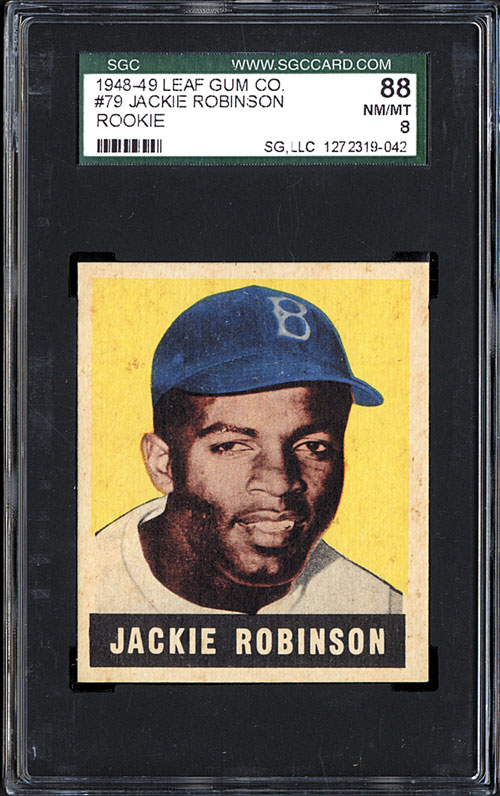 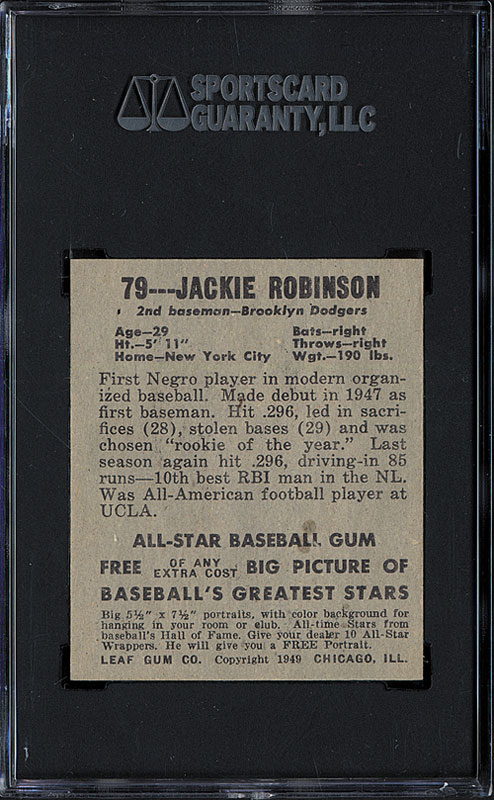 Graded NM/MT 88 by SGC. Only seven examples graded higher by SGC. Presented is an exceptional high-grade example of this classic rookie card of Hall of Famer Jackie Robinson. The 1948-1949 Leaf Bubble Gum card of Robinson is one of the most popular, striking, and classic of all Jackie Robinson cards. Leafs are often encountered with many condition problems (excessive toning, general wear from fragile paper stock, soft corners, centering issues, and print lines), and collectors have to deal with the wildly varying degrees of print quality that characterize the set. It is easy to see why 1948-1949 Leafs are one of the most difficult of all issues to collect in high grade. The offered card is a great rarity in terms of condition and quality for any 1948-1949 Leaf, let alone Jackie Robinson, one of the key Hall of Famers in the set. The offered example has a perfectly crisp image with flawless registration. The card displays four sharp corners with a touch of wear, centered slightly towards the left, and with just a hint of natural toning. The printing on the reverse is centered to the right. This is an exceptionally attractive and striking high-grade example of one of the icons of postwar Hall of Fame card collecting, and in the eyes of many, Jackie Robinson's single most desirable baseball card. This classic card has always been a favorite with collectors and rarely found in this high grade. Reserve $2,000. Estimate $4,000+.
SOLD FOR $5,333