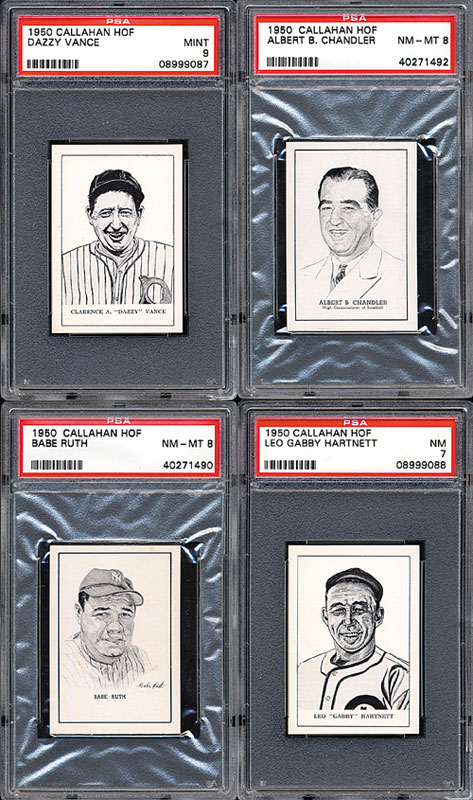 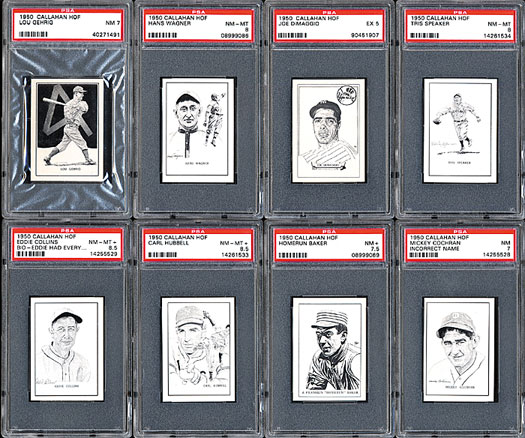 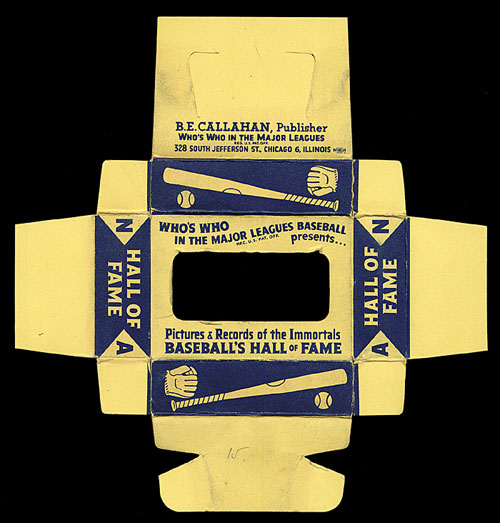 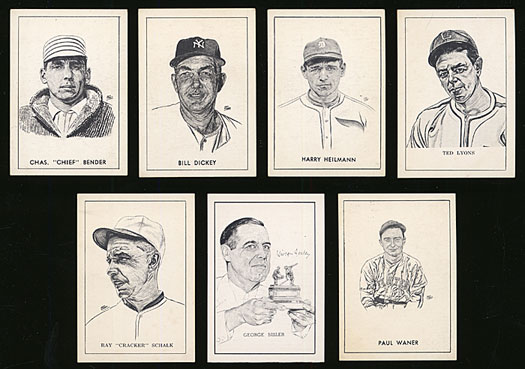 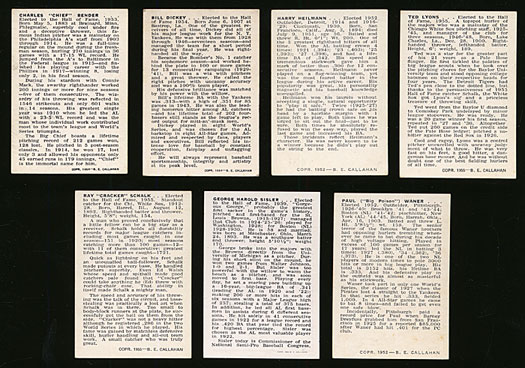 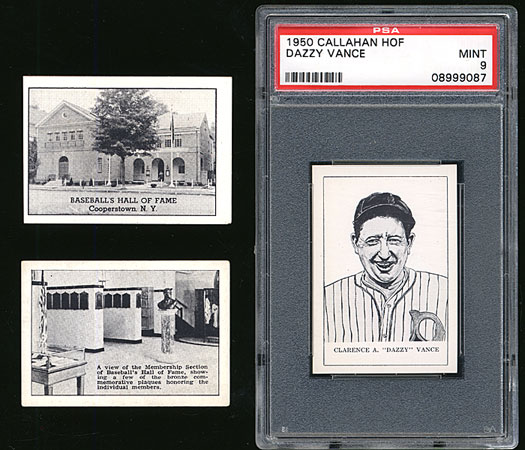 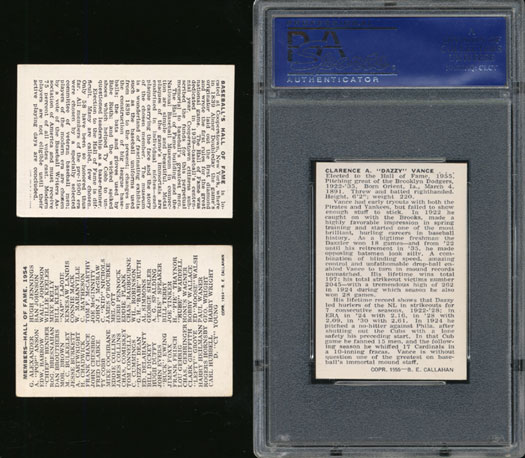 Outstanding ultra high-grade complete set of eighty different stars (plus two different cards of the "Museum," for a total of 82 cards) from the classic Callahan Hall of Fame card series, the official set of the Hall of Fame, issued annually from 1950 to 1956. Each year of issue the new inductees were added to the set. Almost every card in the set is a pack-fresh gem with perfect gloss. Callahans are one of card collecting's most overlooked 1950s issues. Twelve cards are graded by PSA: One MINT 9: Vance (SMR value is $2,000). Two NM-MT+ 8.5: E. Collins (bio reads "Eddie had every...") and Hubbell. Four NM-MT 8: Chandler, Ruth, Speaker, and Wagner. One NM+ 7.5: Baker. Three NM 7: Cochrane (incorrect name), Gehrig, and Hartnett. One EX 5: DiMaggio. Also included is an eight-page booklet (which was sold separately at the Hall of Fame), issued in 1952 by B .E. Callahan, that features biographies and images of the portraits of all sixty-two baseball cards offered by the company up to that point. The box (flattened) which originally housed the cards is also included. The SMR value for just the twelve PSA-graded cards (not including the seventy ungraded cards) is $3,755. Total: 84 items (set of 82 cards plus booklet and box). Reserve $500. Estimate $1,000/$2,000+. SOLD FOR $2,963