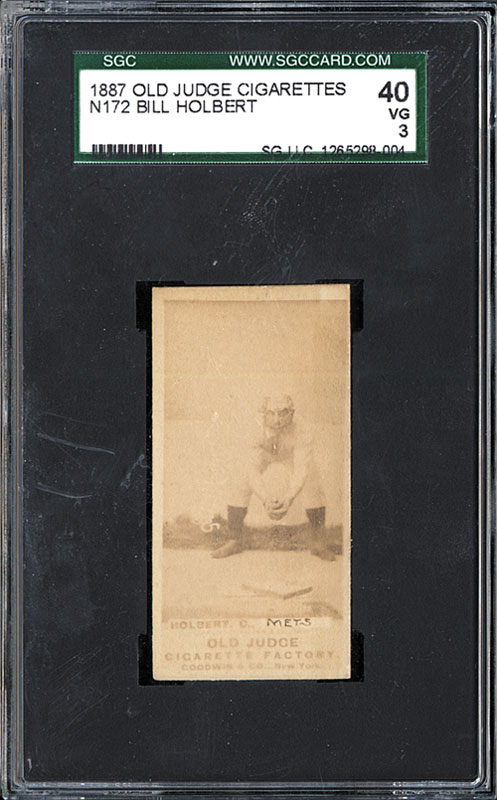 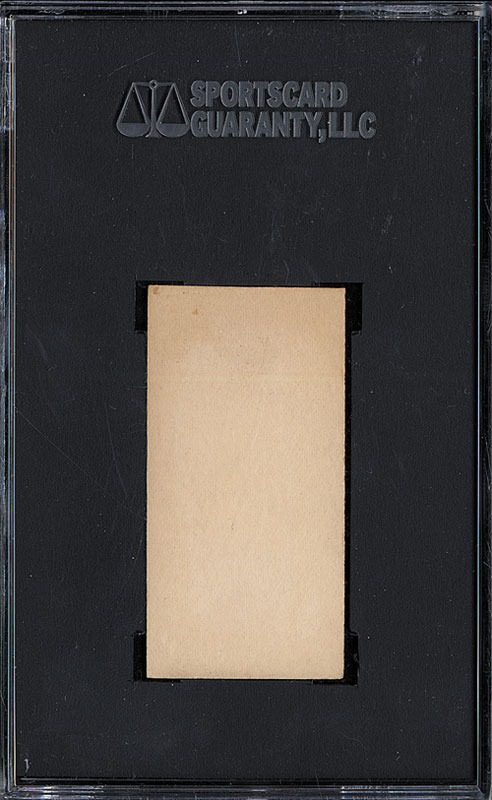 Graded VG 40 by SGC. Presented is one of N172 Old Judgeâ€™s most interesting and distinctive rare cards: the 1889 â€œMetsâ€ (no league affiliation) designation card featuring Bill Holbert with mask on and hands knee high. This is the only card in the N172 Old Judge set that doesn't feature a member of a League-affiliated team. In earlier years, this very same pose of Holbert was issued identifying him with Brooklyn and also with Jersey City, as he changed teams over the years. One might assume at a glance that the "Mets" team identification on this card refers to the New York Metropolitans of the American Association, the team that Holbert was on in 1886 and 1887. That is not the case. The New York Metropolitans' last year in the American Association was 1887. This is an 1889 Old Judge card and the "Mets" team referred to on this card is an independent team with no league affiliation and no connection to the American Association Mets team. It is also fascinating to note that the artwork representing the team designation ("Mets") on this card is not typeset but was hand-drawn by Goodwin's art department. The unique style of the "Mets" team designation is found only on this rare 1889 Old Judge card featuring Holbert. Holbert played twelve seasons in the Major Leagues for six different teams, and although not a major star, he was a teammate of Buck Ewing, Roger Connor, Tim Keefe, and Mickey Welch in 1881 while with the Troy Trojans. The card is bright and clean, front and back, with the photo contrast a little light, and centered to the right. A light diagonal surface wrinkle is visible to the left of his image. The reverse is virtually flawless. When it comes to pre-1900 baseball-card collecting, N172 Old Judges will always be recognized as the most significant set, and this unusual N172 "Mets" player card featuring Billy Holbert will always remain one of this important issue's most interesting and unique cards. Reserve $300. Estimate $500+. SOLD FOR $948