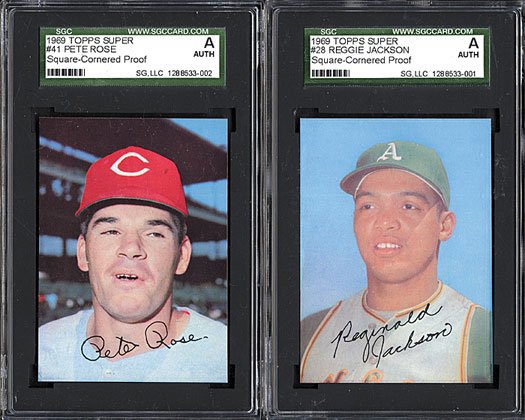 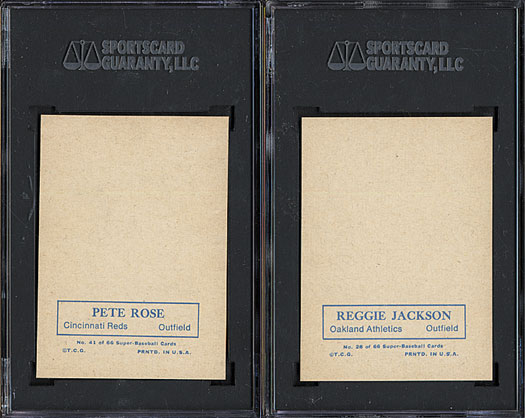 Two extremely rare square-cut proof cards featuring #28 Reggie Jackson and #41 Pete Rose from the 1969 Topps Super set, both encapsulated as Authentic by SGC. The 1969 Topps Super Baseball set was issued on an extremely limited test basis, and has withstood the test of time as one of the most classic and highly prized sets of the era. These proof cards have square corners, as they have not gone through the entire production process, as opposed to the final production cards, which were cut with rounded corners. Both cards are perfect in all respects. Bright, crisp, and clean, both front and back, with brilliant colors, and a flawless image. Unlike most other square-cut proofs that we have seen over the years, these two cards have fully printed backs. This is an exceptional high-grade pair of square-cut proof cards, featuring two of the greatest players of their era, from this highly desirable Topps test issue. Total: 2 cards. Reserve $200. Estimate $400+. SOLD FOR $1,659