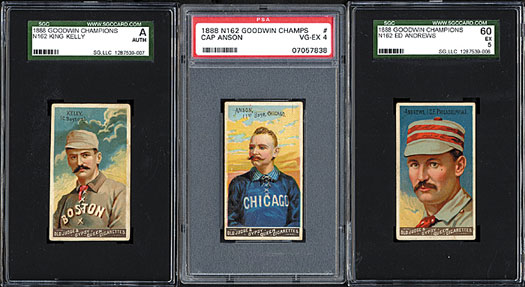 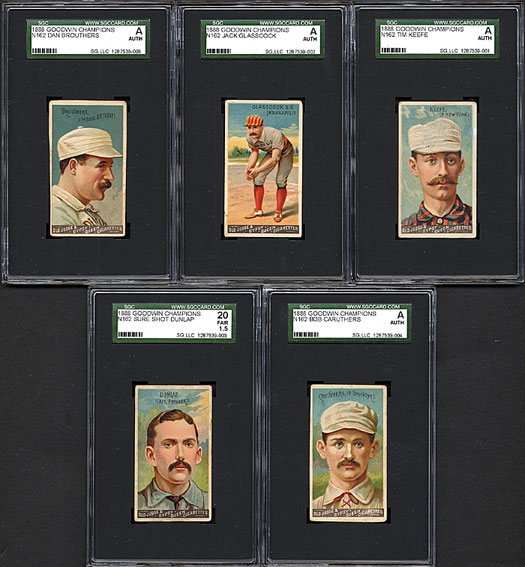 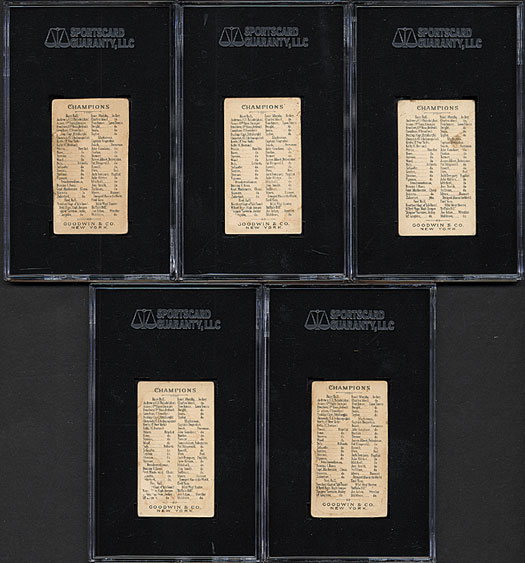 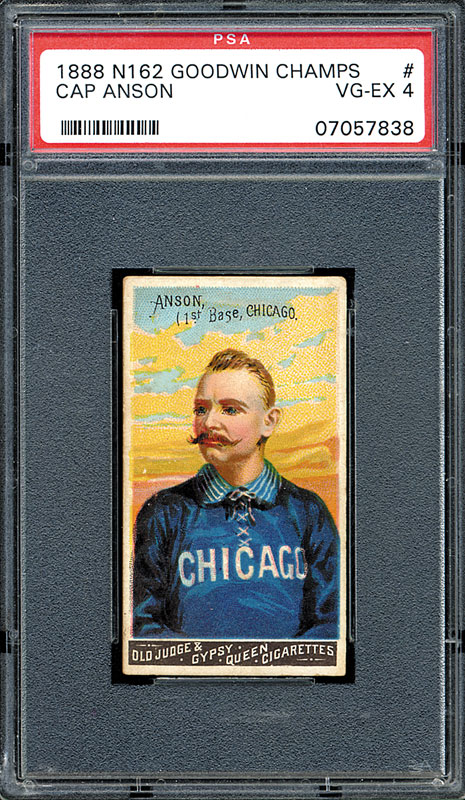 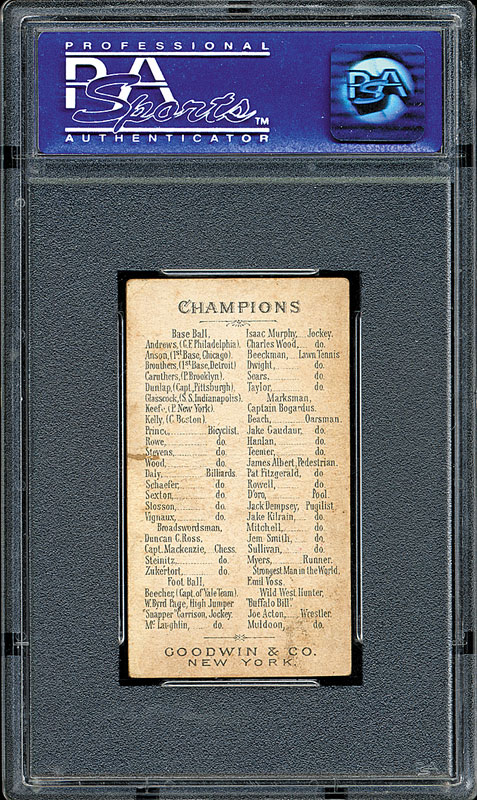 Complete set of all eight baseball players from the 1888 N162 Goodwin Champions set, considered by many to be the single most beautiful of all the nineteenth-century tobacco issues. The set is highlighted by a PSA VG-EX 4 example of key card Cap Anson. Seven of the eight cards have been graded by SGC (all submitted by REA) and one is graded by PSA. Of the eight ballplayers in the set, four are Hall of Famers (Anson, Brouthers, Keefe, Kelly) and three other were major stars of the day (Caruthers, Dunlap, Glasscock). Ed Andrews was very popular in Philadelphia but was not a star. SGC Condition Report: Ed Andrews (SGC EX 60), Cap Anson (HOF, PSA VG-EX 4), Dan Brouthers (HOF, SGC Authentic, trim on left edge), Bob Caruthers (SGC Authentic, apparently has slight trim), "Sure Shot" Dunlap (SGC FAIR 20), Jack Glasscock (SGC Authentic, slight trim), Tim Keefe (HOF, SGC Authentic, tiny area of white color added on right border, added to fill in a surface chip in white border, great looking card), and Mike "King" Kelly (HOF, SGC Authentic, due to very slight, subtle trim; great-looking card!). This set offers a rare opportunity to acquire a presentable yet still relatively affordable complete set of one of the most desirable of all nineteenth-century baseball-card issues. The equivalent SMR value for just three of the eight graded cards (not including the five authentic cards) is $4,850. Total: 8 cards. Reserve $1,000. Estimate $2,000/$4,000+. SOLD FOR $5,925