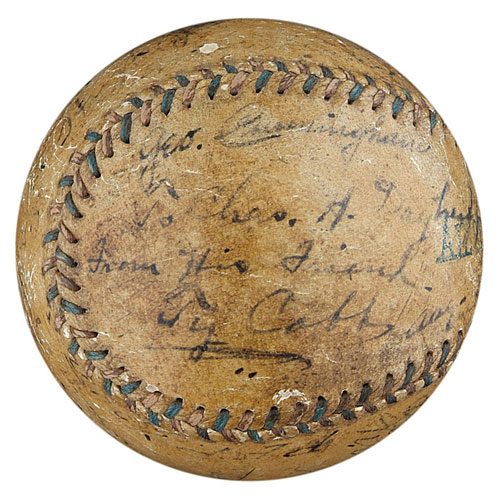 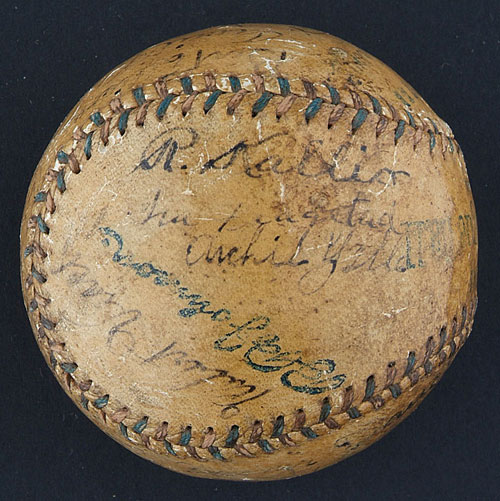 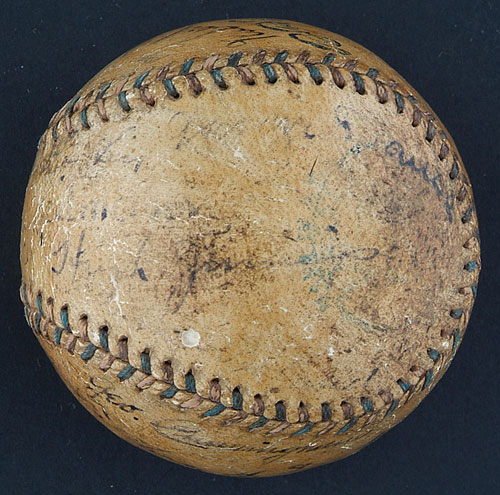 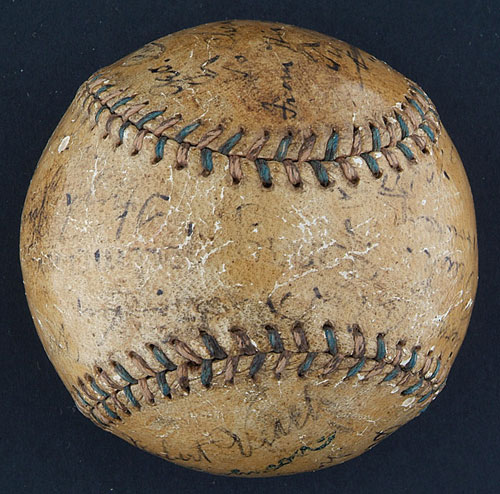 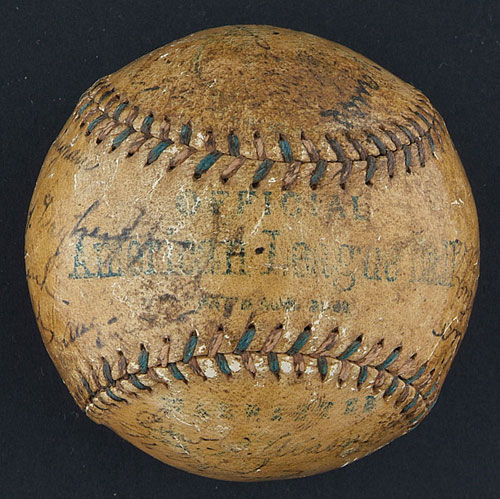 Official American League (Johnson) signed in black fountain pen by sixteen members of the 1919 Detroit Tigers. This ball has a very special provenance. It originates from the personal collection of Charles H. Dayhuff, our consignor's grandfather, and was personally presented to him by Ty Cobb as a gift. Dayhuff was a Major in the Adjutant General Corps and in the fall of 1918 he was the identification officer stationed in Hoboken, New Jersey, from where all of the troops departed en route to either England or France during World War I. Cobb, like other major league players at the time, served in the War overseas. It was prior to his departure to France in 1918 that Cobb met first met Dayhuff in Hoboken and the two became friends (a photo personalized to Dayhuff from Cobb is featured elsewhere in this auction). Dayhuff was also friends with William Harridge, who was secretary of the American League in 1919 (he later become president of the league). Harridge annually provided Dayhuff with a season pass that allowed him to attend many games in New York (Dayhuff lived in New Jersey). That this was a gift from Cobb to Dayhuff is evident by Cobb's inscription on a side panel that reads "To Chas. H. Dayhuff/from his friend/Ty Cobb" ("6/"7"). Cobb also included a date, but only the "Aug" portion remains legible. (Despite that fact, based upon signatures present, the ball can be conclusively dated to 1919.) The Tigers visited New York twice in the month of August 1919 (August 1-3 and August 14-16), and this ball was probably presented to Dayhuff during one of those two series. Included among the other fifteen signatures are those of Hughie Jennings ("2"), Harry Heilmann (sweet spot, "1"), Bobby Veach, George Cunningham, Rudy Kallio, Ira Flagstead, Archie Yelle, Pep Young, Donie Bush, Bob Jones, Eddie Ainsmith, Hooks Dauss, and Dan Howley (coach). Signatures range from "1" to "7", averaging "3." The heavily toned ball has been coated with a layer of protective shellac, to which there are a number of minor chips and/or abrasions. The manufacturer's stampings are light, but legible. In Good to Very Good condition. Team-signed baseballs prior to 1920 are exceedingly rare. That fact, combined with the ball's outstanding provenance, make this a desirable example dating from the close of the "dead ball" era. LOA from James Spence/JSA. Reserve $500. Estimate $1,000+. SOLD FOR $2,963