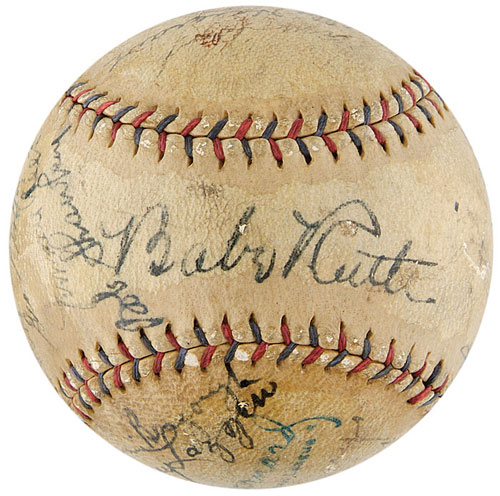 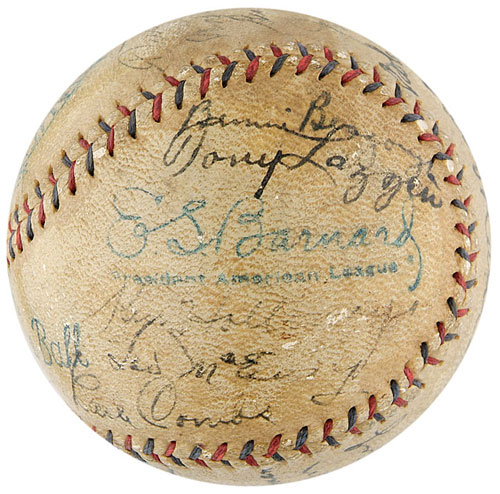 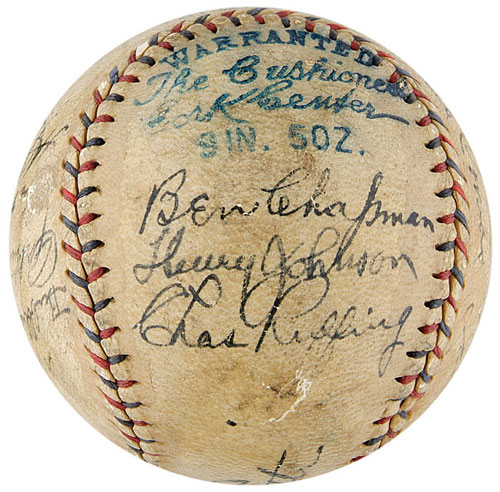 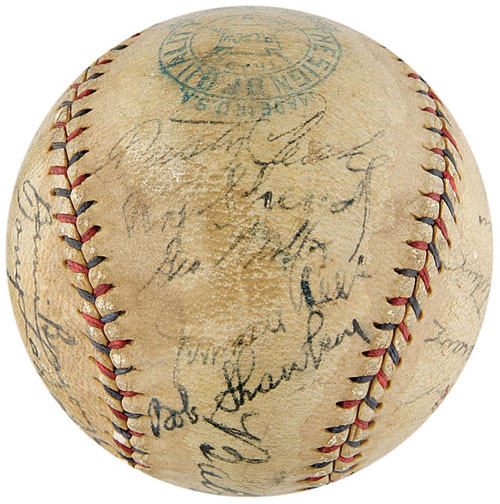 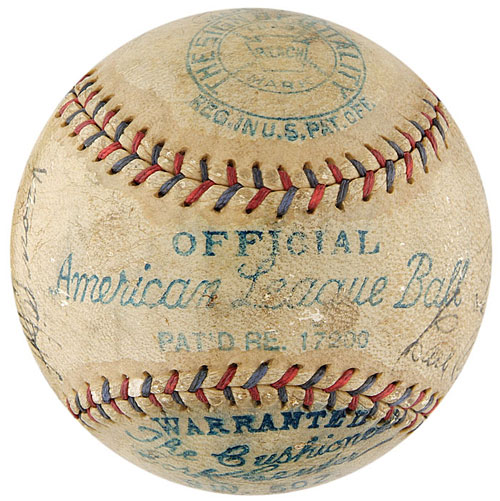 Official American League (Barnard) ball signed in black fountain pen by the following nineteen members of the 1930 New York Yankees: Ruth (sweet spot, "8"), Lazzeri, Combs, Pennock, Ruffing, Chapman, Johnson, Shawkey (Mgr.), Reese, Sherid, Cooke, Hargrave, Fletcher (coach), Pipgras, McEvoy, Hollaway, Bengough, and two others (faded/illegible). Signatures range from "2" to "8," averaging "5/6." 1930 marked Bob Shawkey's one and only season as manager of the Yankees. Shawkey's short tenure interrupted the two longest managerial streaks in club history. Miller Huggins was manager of the Yankees from 1918 until his death in 1929 (his twelve seasons ties him with Casey Stengel and Joe Torre). Following Shawkey was Joe McCarthy, who spent a record sixteen seasons as manager of the "Bronx Bombers." The ball, which has been coated with a layer of protective shellac, displays moderate toning and a few minor abrasions that do not significantly affect any of the signatures. All of the manufacturer's stampings remain bold and legible. In Very Good condition overall. LOA from James Spence/JSA. Reserve $500. Estimate $1,000/$2,000+. SOLD FOR $4,740