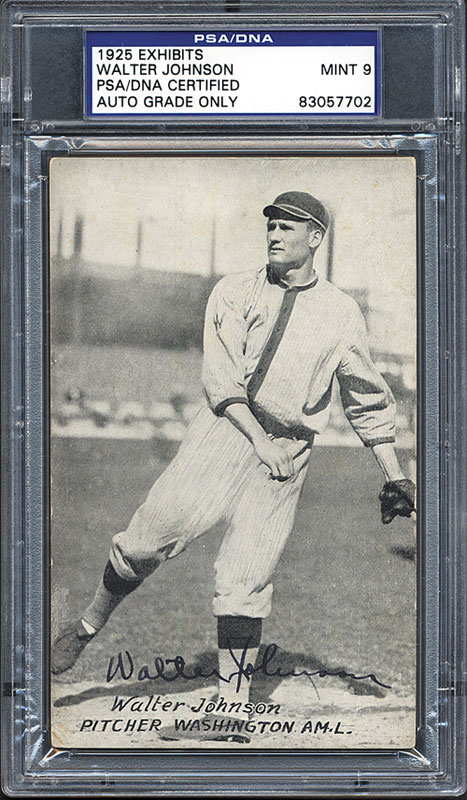 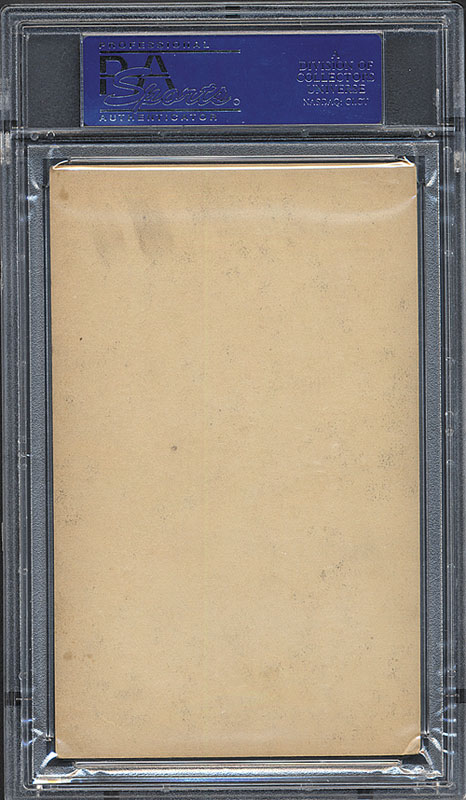 1920s Exhibit card, flawlessly signed by Hall of Fame pitcher Walter Johnson in black fountain pen along the base. Encapsulated by PSA/DNA, with the signature graded MINT 9 (only the signature has been graded). Amazingly, a designation of MINT 9 probably doesn't do the signature justice, as it literally jumps off the card and is so bold that it could easily be mistaken for a preprinted signature. While we cannot recall the last time we saw a Walter Johnson signed exhibit card (they are that rare), we can state with certainty that we have never seen a finer example in terms of signature quality. Johnson was one of the first five inductees into the Baseball Hall of Fame in 1936 and he passed away just ten years later in 1946. Although PSA/DNA has labeled the card as a 1925 Exhibit, that designation is in error. Instead, it appears to be from the 1926-1929 Postcard-Back Exhibit series. The plain-back card (the cards in that series had a variety of backs, including plain backs) measures 3.625 x 5.625 inches and displays light wear, including a small crease in the lower left corner. In Very Good to Excellent condition overall. LOA from James Spence/JSA. Reserve $500. Estimate $2,000++. SOLD FOR $7,703