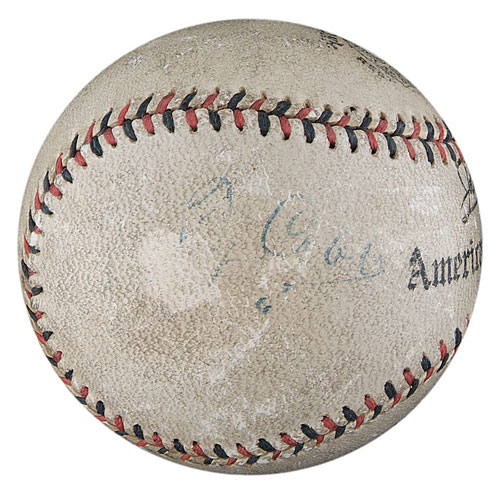 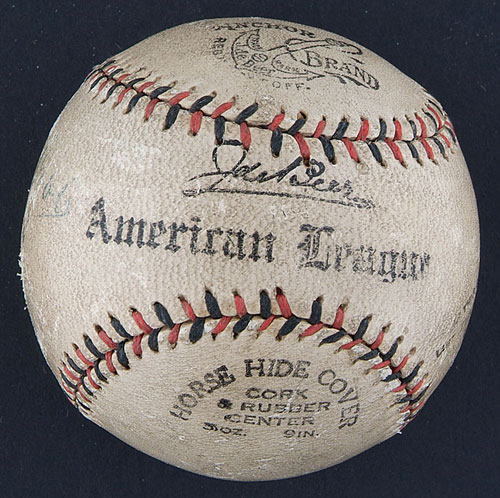 "American League" baseball, produced by J. DeBeer & Sons (under its "Anchor Brand" line), signed by Ty Cobb on a side panel. Cobb's blue fountain pen signature is light, but clearly legible, and grades "4/5" overall. While we have been unable to definitively date this ball, the fact that it features red-and-blue stitching probably means it was produced in the 1930s or perhaps even earlier. Early single-signed Cobb balls such as this are very much the exception rather than the rule and have always been highly prized by advanced collectors. (Most Cobb single-signed balls date from very late in his life, from the early 1950s to 1961, the year of his passing). The ball displays minor soiling, as well as a few light surface abrasions, one of which tangentially affects the bottom portion of "Ty." All of the manufacturer's stampings remain bold and legible. In Very Good condition overall. LOA from James Spence/JSA. Reserve $500. Estimate $1,000/$2,000. SOLD FOR $1,185