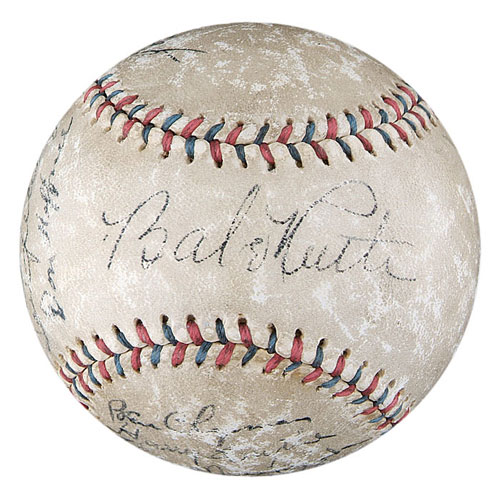 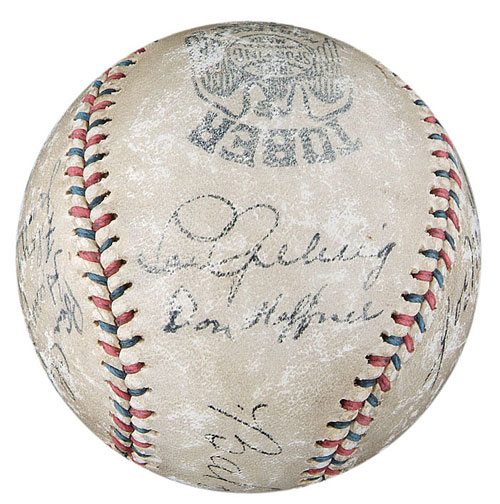 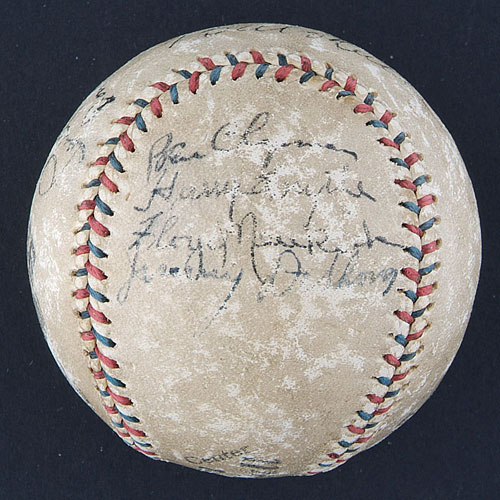 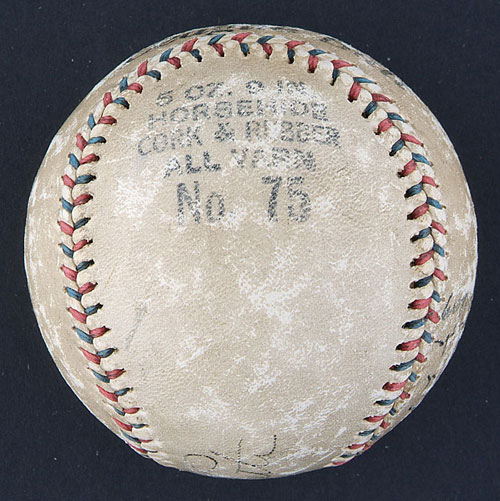 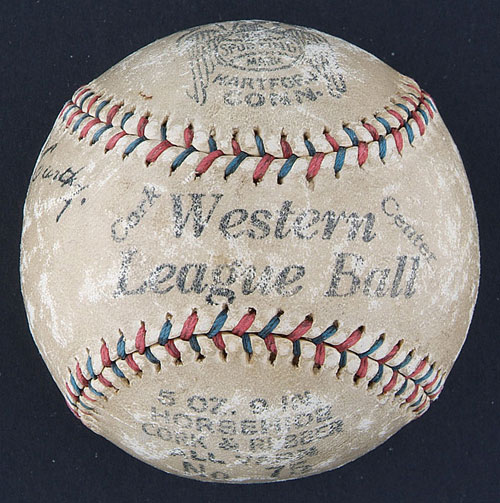 Tober "Western League Ball" signed in black fountain pen by the following eight members of the 1934 New York Yankees: Babe Ruth (sweet spot, grading "7"), Lou Gehrig ("7"), Joe McCarthy (Mgr.) Ben Chapman, Don Heffner, Harry Smythe, Floyd Newkirk, and Jimmy DeShong. All of the signatures are fairly uniform in grade, averaging "6/7." Despite the fact that only eight signatures appear on this ball it can be definitively dated to 1934 by the presence of Newkirk's signature. Pitcher Floyd "Three-Finger" Newkirk was the Yankees' answer to "Moonlight" Graham. Like Graham, Newkirk's entire major league career consisted of just one brief appearance. With the Yankees trailing the St. Louis Browns 8-3 heading into the top of the ninth inning at Yankee Stadium on August 21, 1934, Joe McCarthy summoned Newkirk from the bullpen to close out the game. Newkirk allowed one hit and one walk, but gave up no runs in his short stint. He never appeared in another major league game. As such, his signature is one of the rarest of all New York Yankees players and one can only imagine the circumstances that occasioned his signature on this ball. The ball is lightly toned and displays numerous small abrasions throughout. The manufacturer's labels remain bold and legible. In Very Good condition overall. LOA from James Spence/JSA. Reserve $500. Estimate $2,000+.
SOLD FOR $5,036