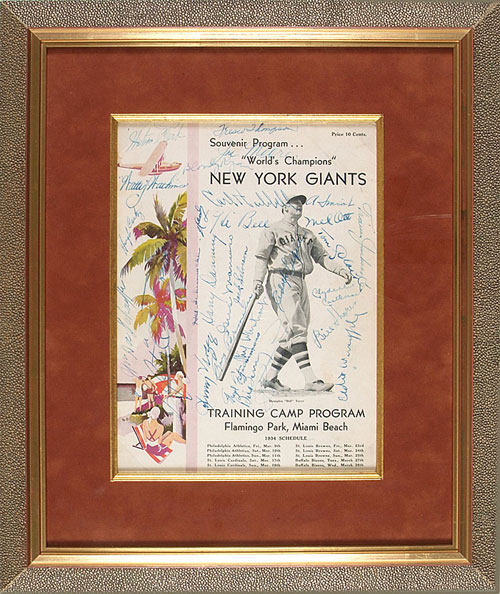 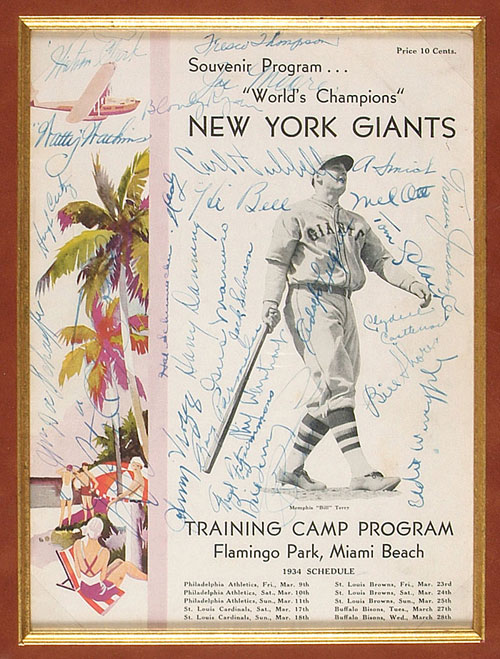 1934 New York Giants spring-training program signed on the cover in blue fountain pen by twenty-nine team members, including Ott, Terry, Hubbell, Jackson, O'Doul, Critz, Vergaz, Watkins, Moore, Mancuso, Ryan, Danning, Weintraub, Thompson, Richards, Schumacher, Fitzsimmons, Parmalee, Luque, Bell, Salveson, Smith, Castleman, and Clark. The remaining five signatures on the program most likely belong to players who were in camp at the time but failed to make the final roster. All of the signatures have been boldly penned, grading "9" or "10," As noted in the printed text, the Giants were the defending World Champions in the spring of 1934 and with the exception of Kiddo Davis, all of the key players from the 1933 Championship club are represented here. The program displays modest handling wear and is in apparent Excellent condition. Matted and framed to total dimensions of 15 x 18 inches. LOA from James Spence/JSA. Reserve $200. Estimate $400/$800. SOLD FOR $948