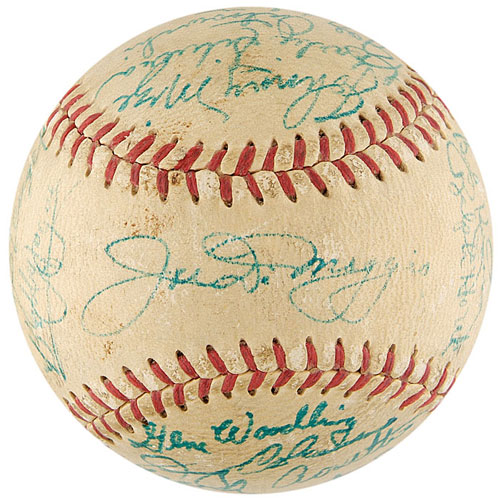 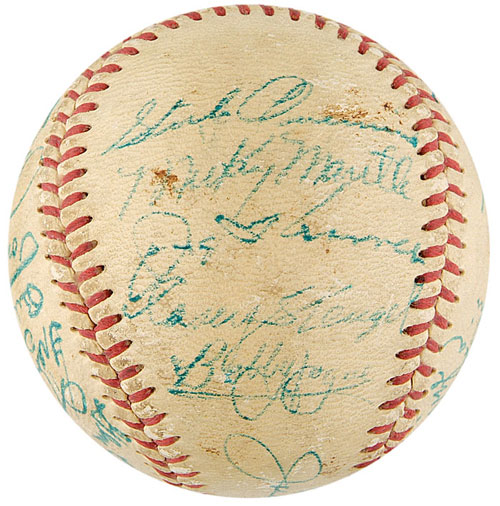 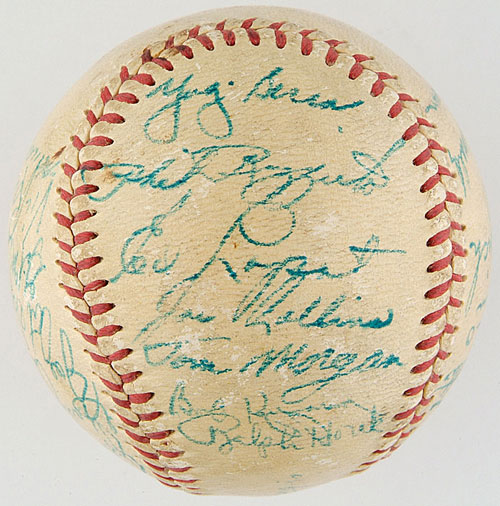 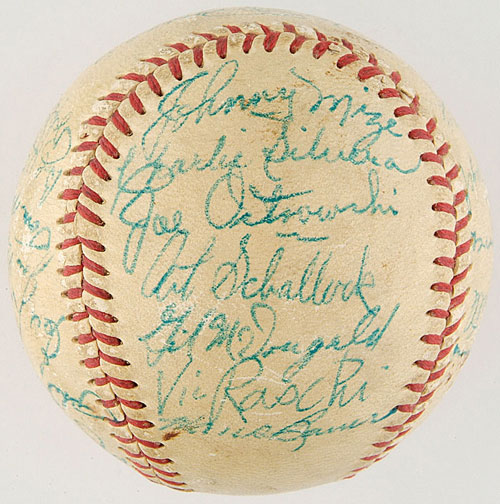 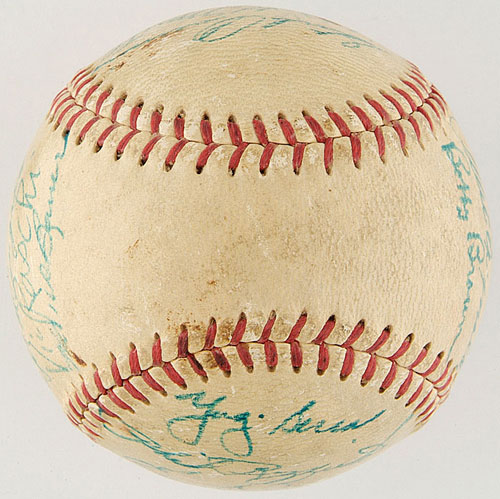 Baseball (no manufacturer's stampings visible) signed in green ink by the following twenty-seven members of the 1951 World Champion New York Yankees: DiMaggio (sweet spot, grading "7/8"), Mantle ("7/8"), Stengel (Mgr.), Berra, Rizzuto, Mize, Martin, Woodling, Coleman, Crosetti (coach), Henrich, Reynolds, Brown, Silvera, Ostrowski, Schallock, McDougald, Raschi, Bauer, Overmire, Kramer, Hogue, Lopat, Collins, Morgan, Kuzava, and Houk. Signatures range from "6" to "9," averaging "7/8." The year 1951 was a momentous one in Yankees history as the team bid fond farewell to the "Yankee Clipper," Joe DiMaggio, and welcomed his heir apparent, Mickey Mantle. The transition was certainly a smooth one, as the Yankees captured their third consecutive World Championship (en route to a record five consecutive titles) by defeating the Giants in the World Series. The ball is lightly toned, with a few minor surface blemishes and/or abrasions (including one that touches upon the Mantle signature). In Very Good to Excellent condition. 1951 New York Yankees team-signed ball are among the most desirable from the era, and the offered ball represents an outstanding example dating from one of the most memorable years in New York Yankees history. LOA from James Spence/JSA. Reserve $500. Estimate $1,000/$1,500. SOLD FOR $4,444